What Is CDC’s Role in Food Safety?

CDC provides the vital link between illness in people and the food safety systems of government agencies and food producers. 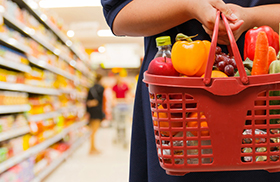 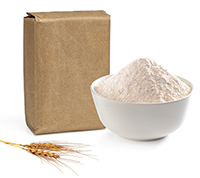 Whole genome sequencing helped confirm that raw flour was the source of an E. coli outbreak that sickened more than 60 people in 2016. Flour had long been suspected as an outbreak source, but this investigation showed it conclusively. More than 45 million pounds of flour were recalled.

A Better Way to Find Outbreaks

CDC is improving food safety by developing and sharing whole genome sequencing (WGS) technology with all 50 state PulseNet laboratories. CDC scientists and partners in local, state, and federal agencies use whole genome sequencing to show which bacterial strains are most alike genetically. Strains that are very alike may have the same source.

This laboratory method can provide important clues during outbreak investigations to help link specific sources of food to illness and death.  Genome sequencing provides scientists with more detailed genetic information about the bacteria that is causing an illness than the traditional DNA fingerprinting method, pulsed-field gel electrophoresis. This next-generation technology allows scientists to more efficiently find, investigate, and identify sources of foodborne outbreaks.

For example, since 2013 WGS has been improving CDC’s ability to detect Listeria outbreaks and link illnesses to food sources. CDC is quickly expanding WGS technology in U.S. local, state, and federal laboratories to better detect outbreaks of other foodborne pathogens, such as Shiga toxin-producing E. coli, Salmonella, and Campylobacter. CDC scientists are continuing to find and solve more multistate outbreaks. 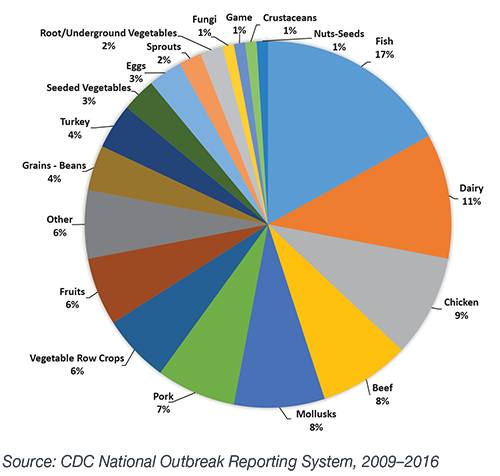 Food That Sickened People in Outbreaks with a Single Known Source, 2009-2016

Sometimes foods we love to eat and rely on for good health are contaminated with bacteria, viruses, and parasites that cause illness, and can be deadly for certain people. Efforts that focus on foods responsible for many illnesses are needed to protect people and reduce foodborne illnesses in America. 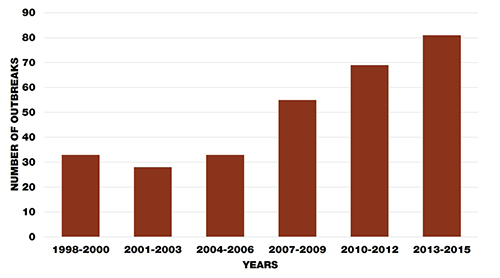 Challenges to food safety will continue to arise in unpredictable ways, largely due to:

The Threat of Antibiotic Resistance

Antibiotic resistance in foodborne bacteria is a growing food safety challenge that is made worse by overuse of antibiotics in people and food animals. CDC estimates that every year, more than 660,900 people in the United States are sickened with resistant Salmonella or Campylobacter.

Preventing foodborne infections from resistant bacteria is not easy. To address this important issue, CDC works closely with partners including federal agencies, state and local health departments, the food industry, healthcare providers, and academia. Key parts of the strategy include: