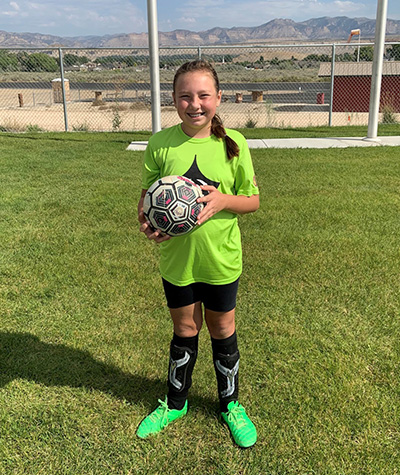 Harlee is a happy, curious, and active 11-year-old who lives in Utah. She loves playing sports like basketball, soccer, and softball and hiking and camping with her dad on the weekends. Harlee also loves baking for her family with her mom, Errin.

One Saturday night in July 2021, Harlee told her mom that she wasn’t feeling well and was having sharp stomach pains. At first, Errin thought it might be strep throat, since it wasn’t unusual for Harlee to experience stomach pain with strep or a sore throat. As the weekend went on, Harlee’s symptoms worsened, and she couldn’t sleep from the pain. On Monday, Errin took her daughter to the doctor, where she was given antibiotics and sent home. However, it soon became clear to Errin that Harlee’s illness was much more serious when her symptoms got worse.

As a parent and a nurse, Errin was desperate to soothe her daughter’s severe pain, but over-the-counter pain medicines weren’t helping. Harlee’s family took her to a second doctor for more tests and eventually headed to the emergency room. Doctors diagnosed Harlee with an E. coli infection. Harlee’s infection was so serious that she was admitted to the hospital, where she stayed for three days. “It was really scary. When we finally took her to the hospital, she was crying, and wouldn’t stop crying. I just wanted someone to fix her,” said Errin. 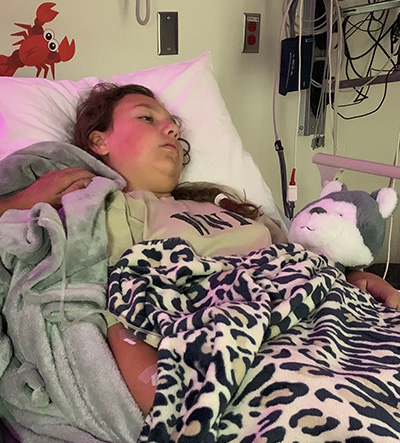 Harlee in the hospital

While Harlee was in the hospital, Errin got a call from the local health department. They told her that Harlee’s E. coli infection was part of a multistate outbreak linked to cake mix that made 16 people sick in 12 states. “That’s when they started asking me about cake mix,” Errin recalled. “I would not have even thought about that.”

Harlee baked a cake the week before her symptoms started, but before putting the cake in the oven, she tasted some of the raw batter. “I knew you could get sick from raw eggs, but I would have never thought flour in cake mix,” said Errin.

Outbreaks from flour, a raw ingredient in cake mix, have happened before. In 2016 and 2019, CDC investigated E. coli outbreaks linked to flour that led to over 80 people getting sick and 20 people hospitalized. Raw ingredients, like flour and eggs, in cake batter and dough can contain harmful germs that can make you sick. E. coli infections can be serious, especially for children who are more likely to develop severe illness.

After she was released from the hospital, it took some time for Harlee to fully recover from her infection. “It was scary. She was just praying that she would make it through,” said Errin. Thankfully, Harlee made a full recovery and is back to enjoying sports and the outdoors with her family.

Harlee and Errin are telling their story to help other families avoid going through what they experienced. When you bake, don’t eat or taste raw dough or batter. It’s not worth the risk and can make you seriously sick. “It tastes good, but it’s not worth it!” Harlee said.

Read more stories from people who got sick with infections that came from food or animal contact. 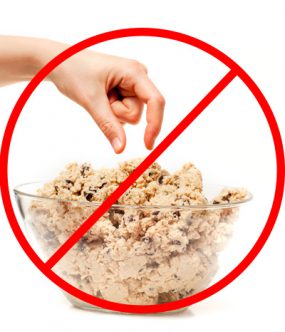 Eating uncooked flour or raw eggs can make you sick. Say no to raw dough!