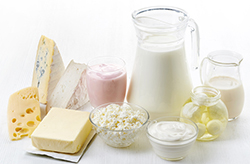 Raw milk is milk that has not been pasteurized to kill harmful bacteria. It can come from any animal. Raw milk can carry dangerous germs, such as Brucella, Campylobacter, Cryptosporidium, E. coli, Listeria, and Salmonella, which can pose serious health risks to you and your family.

Read the topics below to get answers to commonly asked questions about raw milk.

The risks of raw milk

What are the risks associated with drinking raw milk?

Raw milk is milk from any animal that has not been pasteurized to kill harmful bacteria. Raw milk can carry harmful bacteria and other germs that can make you very sick or kill you. While it is possible to get foodborne illnesses from many different foods, raw milk is one of the riskiest of all.

Some people who chose raw milk thinking they would improve their health instead found themselves (or their loved ones) sick in a hospital for several weeks due to infections caused by germs in raw milk. Getting sick from raw milk can mean many days of diarrhea, stomach cramping, and vomiting. Some people who drank raw milk have developed severe or even life-threatening diseases, including Guillain-Barré syndrome, which can cause paralysis, and hemolytic uremic syndrome, which can result in kidney failure, stroke, and even death.

Here are some things you should know:

Who is at greatest risk of getting sick from drinking raw milk?

The risk of getting sick from drinking contaminated raw milk is greater for infants and young children, older adults, pregnant women, and people with weakened immune systems, such as people with cancer, an organ transplant, or HIV, than it is for healthy older children and adults. But healthy people of any age can get very sick or even die if they drink raw milk contaminated with harmful germs.

Can drinking raw milk hurt me or my family?

From 1993 through 2012, 127 outbreaks reported to CDC were linked to raw milk. These outbreaks included 1,909 illnesses and 144 hospitalizations. Most of the outbreaks were caused by Campylobacter, Shiga toxin-producing E. coli, or Salmonella. A large number of raw milk outbreaks involve children. At least one child younger than 5 was involved in 59% of the raw milk outbreaks reported to CDC from 2007 through 2012. Children aged 1 to 4 years accounted for 38% of Salmonella illnesses in these outbreaks and 28% of illnesses caused by Shiga toxin-producing E. coli, which can cause kidney failure and death. 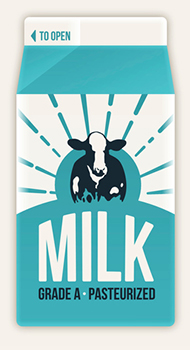 Pasteurization is the process of heating milk to a high enough temperature for a long enough time to kill illness-causing germs. Pasteurized milk is milk that has gone through this process.

What is the history of pasteurization in the United States?

Routine pasteurization of milk began in the United States in the 1920s and became widespread by 1950 as a means to reduce contamination and reduce human illnesses. It led to dramatic reductions in the number of people getting sick. Most public health professionals and health care providers consider pasteurization one of public health’s most effective food safety interventions ever!

Many medical and scientific organizations recommend pasteurization for all milk consumed by humans; these include CDC, the Food and Drug Administration, the American Academy of Pediatrics, the American Veterinary Medical Association, the National Association of State Public Health Veterinarians, and others.

Most of the nutritional benefits of drinking milk are available from pasteurized milk without the risk of disease that comes with drinking raw milk.

Is it true that raw milk has more enzymes and nutrients than pasteurized milk?

The heating process of pasteurization inactivates some enzymes in milk but scientists do not believe these enzymes are important in human health. Some nutrients are somewhat reduced in pasteurized milk, but the U.S. diet generally has plenty of other sources of these nutrients. For example, vitamin C is reduced by pasteurization, but raw milk is not a major source of vitamin C for humans.

Has pasteurized milk ever been linked to illnesses or outbreaks?

How does milk get contaminated? 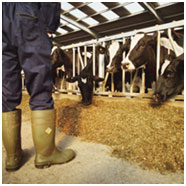 Milk contamination may occur in these ways:

Pasteurization is the only way to kill many of the bacteria in milk that can make people very sick.

Does milk have a “built-in” safety mechanism that prevents bacterial contamination?

No. Disease-causing germs can be eliminated in milk only by pasteurization or by adding chemicals to the milk. Pasteurization is the best method of getting rid of disease-causing organisms in milk and the only method routinely used in the United States.

My farmer performs laboratory tests for bacteria in raw milk, so isn’t it safe?

No. Negative tests do not guarantee that raw milk is safe to drink. Milk that is safe one day may not be safe the next day. Also, tests do not always detect low levels of contamination. People have become very sick from drinking raw milk that came from farms that regularly tested their milk for bacteria and whose owners were sure that their milk was safe.

My farmer uses grass-fed cows and goats to produce raw milk, so isn’t it safe?

Outbreaks of illness related to raw milk have been traced back to both grass-fed and grain-fed animals.

My farmer’s raw milk is organic, so isn’t it safe?

Raw milk, regardless of whether it is organic, can contain harmful germs. Pasteurized organic milk is available in many places, including supermarkets, farmers’ markets, and dairies.

Following good hygienic practices during milking can reduce the chance of milk contamination but not completely eliminate it.

That’s because illness-causing germs thrive in the environment of dairy farms, even if the farm or barns are kept clean and the farmers are careful when milking. Farmers cannot guarantee that their raw milk and the products made from it are free of harmful germs – even if tests indicate the raw milk does not contain harmful germs. 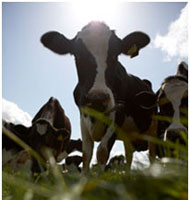 Can I still get a disease from raw milk and raw milk products if the animals are healthy, clean, and grass-fed or if the dairy is especially careful and clean when collecting the milk?

Yes. Even healthy animals may carry germs that can contaminate milk. Small numbers of bacteria can multiply and grow in milk from the time it is collected until the time a person drinks it. If the milk is not pasteurized to kill germs, people who drink it can get sick. Methods for collecting milk have improved over the years but cannot be relied on to be sure milk is safe to drink. Raw milk from “certified,” “organic,” or “local” dairies is not guaranteed to be safe. Only pasteurization can make milk safe to drink. You can find pasteurized organic milk and products made from it at many local, small farms.

Many people believe that foods with little to no processing are better for their health. Many people also believe that small, local farms are better sources of healthy food. However, some types of processing are needed to protect health. One type of processing happens when we cook raw meat, poultry, and fish to make them safe to eat. Similarly, when milk is pasteurized, it is made safe by heating it just long enough to kill disease-causing germs. Most nutrients remain in milk after it is pasteurized.

Is raw milk a good source of beneficial bacteria?

Raw milk contains bacteria, and some of them can be harmful. So, if you’re thinking about consuming raw milk because you believe it is a good source of beneficial bacteria, you need to know that you may instead get sick from the harmful bacteria. If you think that certain types of bacteria may be beneficial to your health, consider getting them from foods that don’t involve such a high risk. For example, pasteurized fermented foods, such as yogurt and kefir, contain bacteria that are safe to eat.

I know people who have been drinking raw milk for years, and they never got sick. Why is that?

The presence of germs in raw milk is unpredictable. People can drink it for a long time without getting sick, and then get sick if their milk is contaminated. 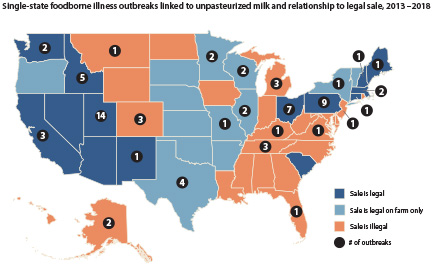 Is it legal to buy or sell raw milk?

In some states it is legal to buy or sell raw milk. Because of the chance for serious illness, federal law prohibits dairies from distributing raw milk across state lines in final package form (packaged so that it can be consumed). This means that raw milk can only be distributed across state lines if it is going to be pasteurized or used to make aged (more than 60 days) cheese before being sold to consumers. Each state makes its own laws about selling raw milk within the borders of the state. In about half of states, sale of raw milk directly to consumers is illegal. In the remaining states, raw milk may be sold directly to consumers.

How many outbreaks are related to raw milk? 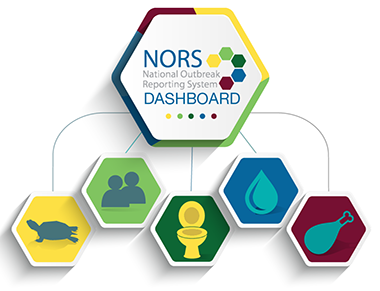 From 1993 through 2012, 127 outbreaks reported to CDC were linked to raw milk. These outbreaks included 1,909 illnesses and 144 hospitalizations. Most of the outbreaks were caused by Campylobacter, Shiga toxin-producing E. coli, or Salmonella.

A large number of raw milk outbreaks involve children. At least one child younger than 5 was involved in 59% of the raw milk outbreaks reported to CDC from 2007 through 2012. Children aged 1 to 4 years accounted for 38% of Salmonella illnesses in these outbreaks and 28% of illnesses caused by Shiga toxin-producing E. coli, which can cause kidney failure and death.

Do more outbreaks related to raw milk occur in states where it is legal to sell?

Yes. States that allow the legal sale of raw milk for human consumption have more raw milk-related outbreaks of illness than states that do not allow raw milk to be sold legally.

How can I get more information about foodborne disease outbreaks linked to raw milk?

Learn about the real risks involved with raw milk.

Real Stories of the Dangers of Raw Milk

Find out how drinking raw milk affected three moms and their families.