Related Pages
Are You a Health Professional? 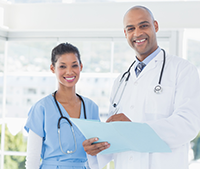 Learn more about Campylobacter, including:

What is Guillain-Barré syndrome (GBS)?

What are the symptoms of GBS?

The weakness can increase until people cannot use some muscles. In severe cases, people can become paralyzed.

Symptoms can progress over hours, days, or weeks. But most people start to recover 2 to 3 weeks after symptoms first start. Recovery may take as little as a few weeks or as long as a few years. Most people recover fully, but some have permanent nerve damage. Some people have died from GBS.

Several things can lead to GBS. These things include

Infection with Campylobacter jejuni, which causes diarrhea, is one of the most common causes of GBS.

How common is GBS?

GBS is rare. CDC estimates that only about 3,000 to 6,000 people develop GBS each year in the United States.

Who is at risk for developing GBS?

Anyone can develop GBS. However, in the United States, it is more common in men and adults older than 50.

Do outbreaks of GBS occur?

How is GBS treated?

Common treatments include the following:

How can I find out more about GBS, including diagnosis and treatment?