Say No to Raw Dough 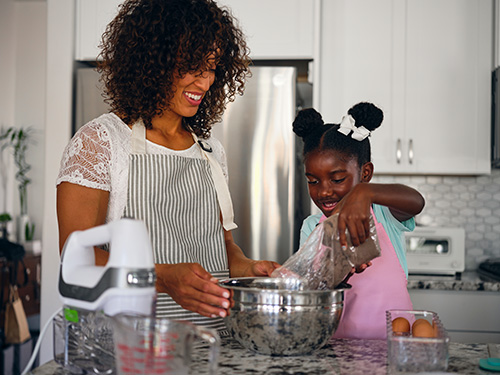 Spending time with family while baking is a great way to celebrate special occasions. When making cookies, brownies, cakes, or bread, you might be tempted to taste a bite before it’s fully baked.

But you can get sick after eating or tasting raw (unbaked) dough or batter. Children can get sick from handling or eating raw dough used for crafts or play clay, too. Follow these safety tips to help you and your loved ones stay healthy when preparing and handling raw dough.

Raw Dough Can Contain Germs That Make You Sick

Flour doesn’t look like a raw food, but most flour is raw. That means it hasn’t been treated to kill germs that cause food poisoning, such as Escherichia coli (E. coli). These harmful germs can contaminate grain while it’s still in the field or flour while it’s being made. Steps like grinding grain and bleaching flour don’t kill harmful germs—and these germs can end up in flour or baking mixes you buy at the store. You can get sick if you eat unbaked dough or batter made with flour containing germs. Germs are killed only when food made with flour is baked or cooked.

Raw eggs are another ingredient in dough and batter that can make you or your loved ones sick. Raw or lightly cooked eggs can contain Salmonella, a germ that causes food poisoning. Find out how to handle and cook eggs properly.

Some companies make edible cookie dough and brownie batter that you can find in stores. These products are made with heat-treated flour and pasteurized eggs or no eggs. Read the label carefully to make sure the dough is meant to be eaten without baking or cooking.

Stay Safe When Handling Flour and Other Raw Ingredients

Follow these practices to prevent food poisoning when you are baking and cooking with flour and other raw ingredients.

Food poisoning symptoms may range from mild to severe and can differ depending on the germ you swallowed.

Symptoms of E. coli infection include stomach cramps that can be severe, diarrhea (often bloody), and vomiting. People usually get sick 3 to 4 days after swallowing the germ and recover within a week. However, some people develop a serious illness called hemolytic uremic syndrome (HUS), which can result in kidney failure, stroke, and even death.

Symptoms of Salmonella infection include diarrhea, fever, and stomach cramps. Symptoms start 6 hours to 6 days after swallowing the germ and go away within 4 to 7 days.

Some groups of people have a greater chance of infection and severe illness. These groups include children younger than 5, adults age 65 and older, and people who have health problems or take medicines that lower the body’s ability to fight germs and sickness. 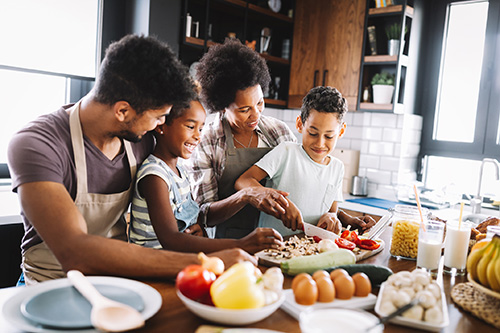