This investigation is over. This outbreak is a reminder that people should drink and eat only pasteurized dairy products, including milk, soft cheese, ice cream, and yogurt. This recommendation is especially important for people at higher risk for foodborne illness: children younger than 5, pregnant women, adults 65 and older, and people with weakened immune systems.

No additional people infected with the outbreak strain of Listeria bacteria were reported since the initial announcement on March 17, 2016, and as a result CDC is closing this investigation.

Two people from California and Florida got sick from Listeria infection in 2014. Both of them were hospitalized and the person from Florida died of listeriosis. The likely source of their illnesses was identified in late January 2016 when the U.S. Food and Drug Administration informed CDC that whole genome sequencing of Listeria bacteria from a sample of raw chocolate milk produced by Miller’s Organic Farm was closely related genetically to Listeria bacteria from the two ill people.

CDC recommends that people drink and eat only pasteurized dairy products, including milk, soft cheese, ice cream, and yogurt. Pasteurization is the process of heating milk to a high enough temperature for a long enough time to kill dangerous bacteria. This recommendation is especially important for people at higher risk for foodborne illness: children younger than 5, pregnant women, adults 65 and older, and people with weakened immune systems. More information about raw milk is available on the CDC Food Safety and Raw Milk website.

CDC and several states are investigating an outbreak of Listeria monocytogenes infections (listeriosis). Listeria can cause a serious, life-threatening illness.

Collaborative investigative efforts of state, local, and federal public health and regulatory officials indicate that raw milk produced by Miller’s Organic Farm in Bird-In-Hand, Pennsylvania is the likely source of this outbreak. Raw milk is milk from cows or other animals that has not been pasteurized to kill harmful bacteria. This raw, unpasteurized milk can carry dangerous bacteria such as Listeria, Salmonella, E. coli, and Campylobacter, which are responsible for causing numerous foodborne illnesses and outbreaks.

The age of ill people from California and Florida ranged from 73 to 81 years. Both ill people were hospitalized, and the ill person from Florida died as a result of listeriosis.

Once the two illnesses were identified in late January, public health officials worked over several weeks to interview them or their family members about the foods they may have eaten and other exposures in the month before their illness started. Interviews were conducted with the ill person from California and family members for both ill people. It was reported that both ill people drank raw milk before they got sick. The family of the deceased person in Florida reported purchasing raw milk from Miller’s Organic Farm.

Raw milk and raw dairy products can pose severe health risks, including death, especially for people at higher risk for foodborne illness, including children younger than 5, pregnant women, adults 65 and older, and people with weakened immune systems. We recommend that people drink and eat only pasteurized dairy products. Learn more about the dangers of drinking raw milk at the CDC Food Safety and Raw Milk website.

Because Listeria was recently found in raw milk produced by Miller’s Organic Farm, we are concerned that contaminated raw milk and other raw dairy products from this company could still be on the market and make people sick.

This investigation is ongoing. CDC and state and local public health partners are continuing laboratory surveillance through PulseNet to identify additional ill people and to interview them. Updates will be provided when more information is available. 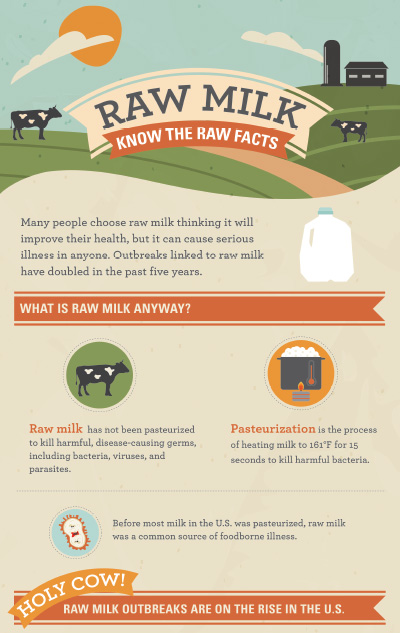 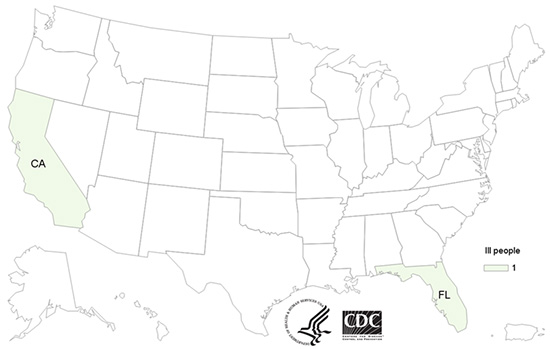