This outbreak appears to be over. However, Listeria remains an important cause of serious, life-threatening illness in the United States. For steps that you can take to reduce your risk of infection, visit CDC’s Preventing Listeriosis webpage. 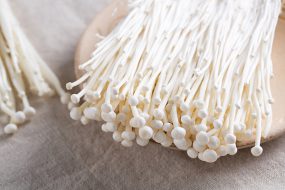 Public health investigators used the PulseNet system to identify illnesses that were part of this outbreak. PulseNet is the national subtyping network of public health and food regulatory agency laboratories coordinated by CDC. DNA fingerprinting is performed on Listeria bacteria isolated from ill people by using a standardized laboratory and data analysis method called whole genome sequencing (WGS). CDC PulseNet manages a national database of these sequences that are used to identify possible outbreaks. WGS gives investigators detailed information about the bacteria causing illness. In this investigation, WGS showed that bacteria isolated from ill people were closely related genetically. This means that people in this outbreak were likely to share a common source of infection.

A total of 36 people infected with the outbreak strain of Listeria monocytogenes were reported from 17 states. A list of the states and the number of cases in each can be found on the Map of Reported Cases page.

Listeria specimens from ill people were collected from November 23, 2016, to December 13, 2019. Ill people ranged in age from less than 1 to 96 years, with a median age of 67. Fifty-eight percent of ill people were female. Of 33 ill people with information available, 31 hospitalizations were reported. Four deaths were reported from California (2), Hawaii, and New Jersey. Six cases were pregnancy-associated, with two resulting in fetal loss.

Epidemiologic, traceback, and laboratory evidence showed that enoki mushrooms supplied by Green Co. LTD, located in the Republic of Korea, were the likely source of this outbreak.

In interviews, ill people answered questions about the foods they ate and other exposures in the month before they became ill. Twelve out of 22 (55%) reported eating mushrooms, including enoki, portobello, white, button, cremini, wood ear, maitake, and oyster.

On March 18, 2020, the Korean Ministry of Food and Drug Safety published its investigation findings and steps it will take to prevent future illnesses. It found Listeria monocytogenes in enoki mushrooms produced by two firms in the Republic of Korea.

Recalled enoki mushrooms are past their shelf life and should not be available for sale. As of June 9, 2020, this outbreak appears to be over.