CDC and public health and regulatory officials in several states investigated a multistate outbreak of Listeria monocytogenes infections linked to ready-to-eat deli ham produced by Johnston County Hams, Inc. The U.S. Department of Agriculture’s Food Safety and Inspection Service (USDA-FSIS) monitored this outbreak. This outbreak appears to be over. 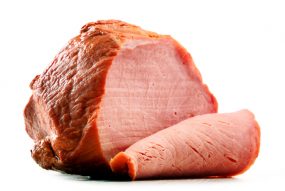 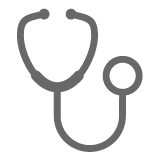 CDC and public health and regulatory officials in several states investigated a multistate outbreak of Listeria monocytogenes infections. The U.S. Department of Agriculture’s Food Safety and Inspection Service (USDA-FSIS)External monitored this outbreak. This outbreak appears to be over.

Public health investigators used the PulseNet system to identify illnesses that may have been part of this outbreak. PulseNet is the national subtyping network of public health and food regulatory agency laboratories coordinated by CDC. DNA fingerprinting was performed on Listeria bacteria isolated from ill people by using a technique called whole genome sequencing (WGS). CDC PulseNet manages a national database of these DNA fingerprints to identify possible outbreaks. WGS performed on bacteria isolated from ill people showed that they were closely relatedly genetically. This means that people in this outbreak were more likely to share a common source of infection.

As of December 18, 2018, four people infected with the outbreak strain of Listeria monocytogenes were reported from two states. A list of the states and the number of cases in each can be found on the Map of Reported Cases page.

Listeria specimens from ill people were collected from July 8, 2017, to August 11, 2018. Ill people range in age from 70 to 81 years, with a median age of 76 years. Fifty percent of ill people are female. All four ill people (100%) were hospitalized. One death was reported from Virginia.

Epidemiologic, laboratory, and traceback evidence indicates that deli ham products from Johnston County Hams, Inc. in Smithfield, North Carolina were the likely source of the outbreak.

In interviews, ill people answered questions about the foods they ate and other exposures in the four weeks before they became ill. Three people were interviewed and all three (100%) reported eating deli ham or other deli meat from a grocery store or restaurant.

USDA-FSIS and state partners traced the source of the deli ham that ill people ate to Johnston County Hams, Inc. in Smithfield, North Carolina. The traceback investigation also showed Johnston County Hams products were served at an assisted living facility where the one ill person who could not be interviewed was a resident.

On October 3, 2018, Johnston County Hams, Inc. recalled ready-to-eat deli ham products because they might be contaminated with Listeria bacteria. Recalled ham products were produced from April 3, 2017 through October 2, 2018. Return them to the store for a refund or throw them away. Restaurants and retailers should not serve or sell recalled Johnston County Hams products.