When a foodborne disease outbreak is detected, public health and regulatory officials work quickly to collect as much information as possible to find out what is causing it, so they can take action to prevent more people from getting sick. During an investigation, health officials collect three types of data: epidemiologic, traceback, and food and environmental testing.

Health officials assess all of these types of data together to try to find the likely source of the outbreak. They take action, such as warning the public, when there is clear and convincing information linking illness to a contaminated food. 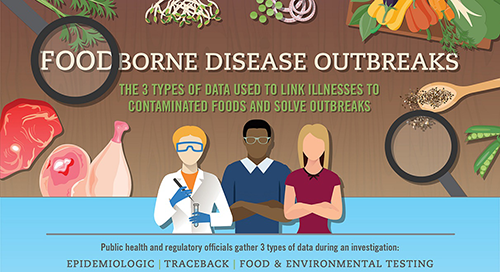 Check out this infographic about how health officials solve foodborne outbreaks. Cdc-pdf[PDF -1 page]