State departments of health and agriculture in several states, collaborating local health jurisdictions, CDC, and the United States Department of Agriculture’s Food Safety and Inspection Service (USDA-FSIS) are investigating a multi-state outbreak of Escherichia coli O157:H7 infections. As of July 17, 2008, 49 confirmed cases have been linked both epidemiologically and by molecular fingerprinting to this outbreak. The number of cases in each state is as follows: Georgia (4), Indiana (1), Kentucky (1), Michigan (20), New York (1), Ohio (21), and Utah (1). Their illnesses began between May 27 and July 1, 2008. Twenty-seven persons have been hospitalized. One patient developed a type of kidney failure called hemolytic-uremic syndrome (HUS). No deaths have been reported. Twenty-eight (57%) patients are female. The ages of patients range from 4 to 78 years; 47% are between 10 and 24 years old (only 21% of the U.S. population is in this age group).

State health and agriculture departments tested ground beef purchased at Kroger® retail stores and recovered from several patient residences in Michigan and Ohio and ground beef recovered from a restaurant in Georgia where several patients reported eating before their illnesses. Molecular fingerprinting testing conducted by the Michigan, Ohio, and Georgia Departments of Health and Agriculture Laboratories, in collaboration with PulseNet, the national molecular subtyping network for foodborne disease surveillance, on E. coli O157 isolates isolated from these ground beef samples have confirmed them to be the outbreak strain.

CDC’s OutbreakNet Team conducted a multi-state case-control study in collaboration with health authorities in Ohio and Michigan to epidemiologically examine exposures that might be related to illness. The data indicate a significant association between illness and eating ground beef purchased at one of several Kroger® Company stores in Michigan and Ohio. CDC has provided these results to the USDA-FSIS and public health agencies in Michigan and Ohio.

On June 25, 2008, a recall was announced for ground beef sold at Kroger® Co. Stores in Michigan and Ohio. On July 3, the Kroger® Co. expanded the June 25th recall to include ground beef products from Kroger® establishments outside of Michigan and Ohio. On June 30, 2008, a recall of 531,707 pounds of ground beef components from Nebraska Beef Ltd. was announced. On July 3, 2008, Nebraska Beef Ltd. expanded the June 30 recall to include all beef manufacturing trimmings and other products intended for use in raw ground beef produced between May 16 and June 26, 2008, totaling approximately 5.3 million pounds. FSIS has confirmed that none of the affected products remain available for purchase at stores; however consumers are urged to check their refrigerators and freezers and discard or return the ground beef products for a refund. Consumers with questions about the recall should contact the Kroger Consumer Hotline at (800) 632-6900 or James Timmerman, Nebraska Beef Ltd. Vice President of Administration at (402) 397-7300.

Consumers with food safety questions can “Ask Karen,” the FSIS virtual representative available 24 hours a day. The toll-free USDA Meat and Poultry Hotline 1-888-MPHotline (1-888-674-6854) is available in English and Spanish and can be reached from l0 a.m. to 4 p.m. (Eastern Time) Monday through Friday. Recorded food safety messages are available 24 hours a day. Because any raw ground beef can contain disease-causing germs, CDC and USDA-FSIS encourage consumers to use good food safety practices and to heed the following advice when preparing or consuming ground beef: 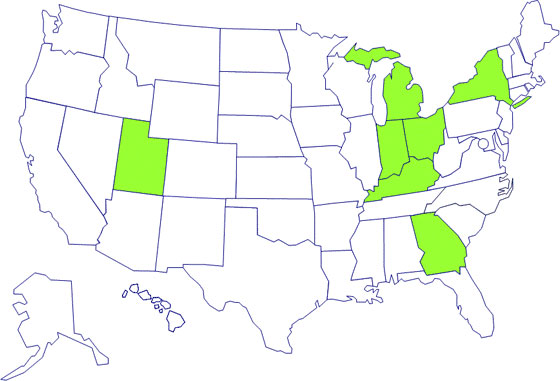