Among the ill persons, 102 (51%) were hospitalized and 31 (16%) developed a type of kidney failure called hemolytic-uremic syndrome (HUS). One hundred forty-one (71%) were female and 22 (11%) were children under 5 years old. The proportion of persons who developed HUS was 29% in children (<18 years old), 8% in persons 18 to 59 years old, and 14% in persons 60 years old or older. Among ill persons who provided the date when their illnesses began, 80% became ill between August 19 and September 5. The peak time when illnesses began was August 30 to September 1- 31% of persons with the outbreak strain became ill on one of those 3 days.

E. coli O157 was isolated from 13 packages of spinach supplied by patients living in 10 states. Eleven of the packages had lot codes consistent with a single manufacturing facility on a particular day. Two packages did not have lot codes available but had the same brand name as the other packages. The “DNA fingerprints” of all 13 of these E. coli match that of the outbreak strain. 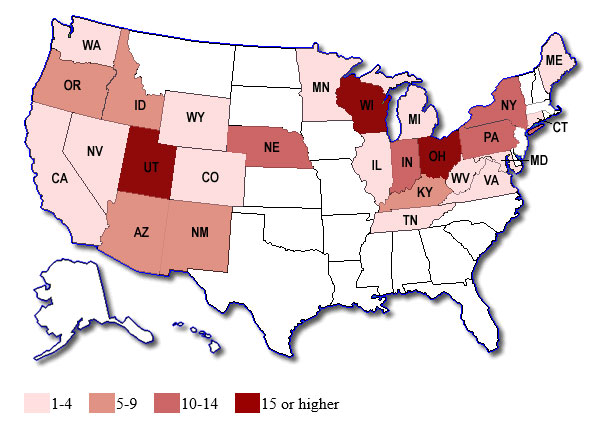 The following is advice for consumers about this outbreak: