This particular outbreak appears to be over. However, E. coli is still an important cause of human illness in the United States. More information about E. coli, and steps people can take to reduce their risk of infection, can be found on the CDC E. coli Web Page.

The outbreak can be visually described with a chart showing the number of people who became ill each day. Please see Timeline for Reporting Cases of E. coli O157 Infections for more details. 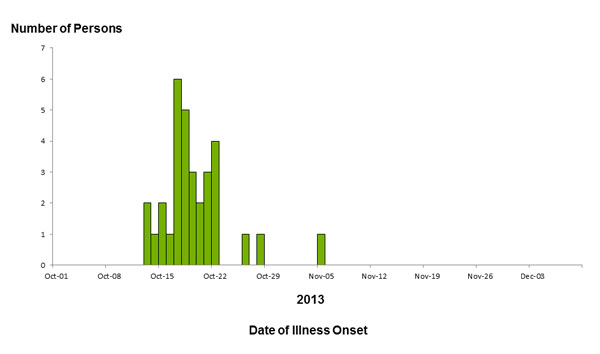 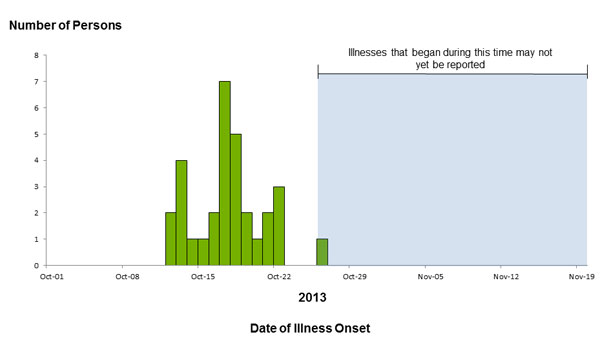 *n=32 for whom information was reported as of November 19, 2013. Some illness onset dates may not be available or have been estimated from other reported information.

Illnesses that occurred after October 26, 2013 might not be reported yet due to the time it takes between when a person becomes ill and when the illness is reported. 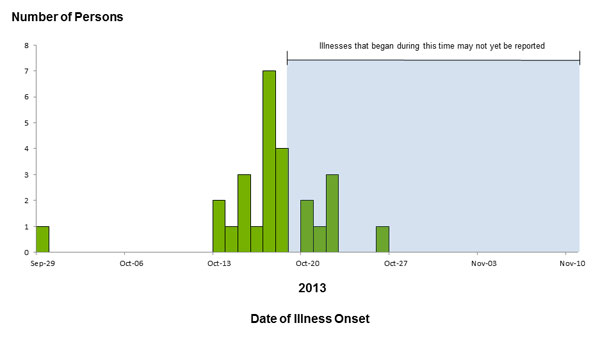 Illnesses that occurred after October 19, 2013 might not be reported yet due to the time it takes between when a person becomes ill and when the illness is reported.