This outbreak appears to be over. However, raw and lightly cooked sprouts are a known source of foodborne illness. CDC recommends that consumers, restaurants, and other retailers always follow food safety practices to avoid illness from eating sprouts.

Advice to Consumers, Retailers, and Restaurants 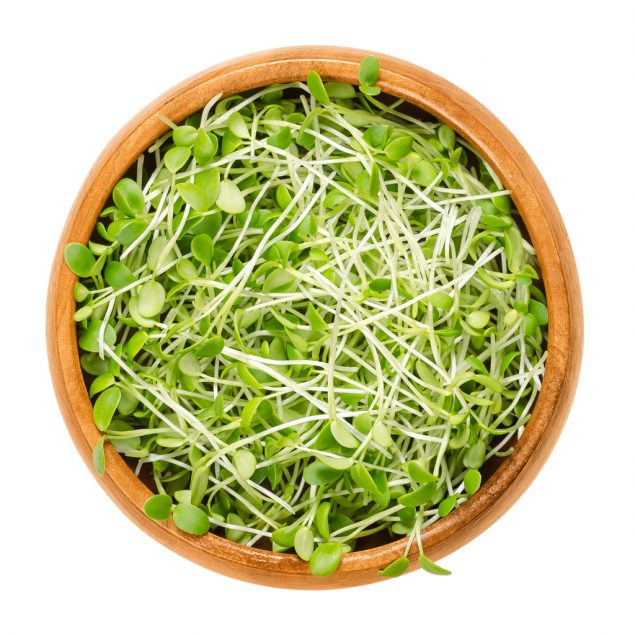 Recalled sprouts that made people sick in this outbreak would be past their expiration date. Sprouts are a known source of foodborne illness.

Reduce your risk of getting sick from raw or lightly cooked sprouts.

Advice to Restaurants and Retailers

Public health investigators used the PulseNet system to identify illnesses that were part of this outbreak. PulseNet is the national subtyping network of public health and food regulatory agency laboratories coordinated by CDC. DNA fingerprinting is performed on E. coli bacteria isolated from ill people by using a standardized laboratory and data analysis method called whole genome sequencing (WGS). CDC PulseNet manages a national database of these sequences that are used to identify possible outbreaks. WGS gives investigators detailed information about the bacteria causing illness. In this investigation, WGS showed that bacteria isolated from ill people were closely related genetically. This means that people in this outbreak were likely to share a common source of infection.

A total of 51 people infected with the outbreak strain of E. coli O103 were reported from 10 states. A list of the states and the number of cases in each can be found on the Map of Reported Cases.

Illnesses started on dates ranging from January 6, 2020, to March 15, 2020. Ill people ranged in age from 1 to 79 years, with a median age of 29 years. Fifty-five percent of ill people were female. Of 41 ill people with information available, 3 were hospitalized and no deaths were reported.

WGS analysis of isolates from 39 ill people was performed; the isolate from 1 ill person predicted antibiotic resistance to streptomycin, sulfisoxazole, tetracycline, and trimethoprim-sulfamethoxazole, and 38 isolates from ill people did not show evidence of antibiotic resistance. Standard antibiotic susceptibility testing by CDC’s National Antimicrobial Resistance Monitoring System (NARMS) laboratory is currently underway. These findings do not affect treatment guidance since antibiotics are not recommended for patients with STEC O103 infections.

Epidemiologic, traceback, and laboratory evidence indicated that clover sprouts were the source of this outbreak.

In interviews, ill people answered questions about the foods they ate and other exposures they had in the week before their illness started. Eighteen (56%) of 32 people interviewed reported eating sprouts. This percentage is significantly higher than results from a survey pdf icon[PDF – 787 KB] of healthy people in which 8% reported eating sprouts in the week before they were interviewed.

FDA’s traceback investigationexternal icon showed that a common seed lot was used to grow both the sprouts recalled by Chicago Indoor Garden and sprouts that were served at some Jimmy John’s locations. The same seed lot was also used to grow sprouts linked to an outbreakexternal icon of the same strain of E. coli O103 infections in 2019.