With COPD, less air flows through the airways—the tubes that carry air in and out of your lungs—because of one or more of the following:2

In the early stages of COPD, there may be no symptoms, or you may only have mild symptoms. As COPD worsens, the symptoms may become more severe. Symptoms of COPD include:2

Not everyone with these symptoms has COPD. A doctor can determine if you have COPD or another condition that has similar symptoms.

How severe your COPD symptoms are depends on how much lung damage you have. If you continue smoking, the damage will occur faster than if you stop smoking.2

Top of Page
How Is Smoking Related to COPD?

COPD is usually caused by cigarette smoking, though long-term exposure to other lung irritants, like secondhand smoke, can also contribute to COPD.2,3 As many as 1 out of 4 Americans with COPD never smoked cigarettes.4 However, smoking accounts for as many as 8 out of 10 COPD-related deaths3 and 38% of the nearly 16 million U.S. adults diagnosed with COPD report current smoking.5

Smoking and secondhand smoke exposure during childhood and teenage years can slow lung growth and development. This can increase the risk of developing COPD in adulthood.3,6

Top of Page
How Can COPD Be Prevented?

The best way to prevent COPD is to never start smoking, and if you do smoke, to quit.6 Talk with your doctor or other health care professional about resources that can help you quit, like counseling and medication. Also, stay away from secondhand smoke, which is smoke from burning tobacco products, such as cigarettes, cigars, hookah, or pipes.3,7 Secondhand smoke also is smoke that has been exhaled, or breathed out, by a person smoking, or that comes from the end of a lit tobacco product.2,7

Top of Page
How Is COPD Treated?

COPD treatment can alleviate symptoms, decrease the frequency and severity of exacerbations, and increase exercise tolerance. Treatment options that your physician may consider include:1

Top of Page
On This Page
Free Quitting Resources 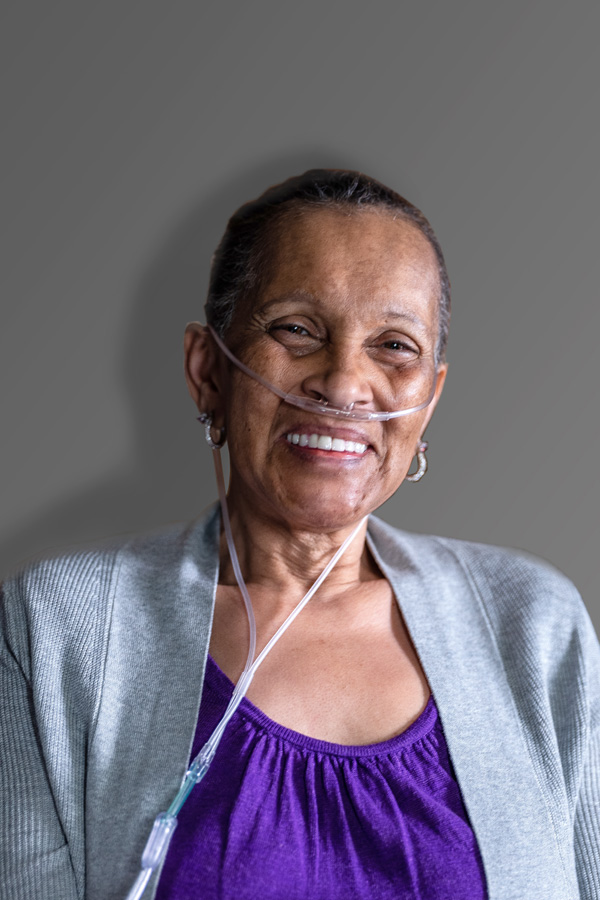 Geri M., age 58, smoked menthol cigarettes and was diagnosed with chronic obstructive pulmonary disease (COPD) at age 44. She would get easily winded, and at age 54, she had to quit working as a mail carrier because it was too taxing on her health.

“If I can help even one person to quit, then I’ve turned my curse into a blessing.”

The following resources provide information and support to people with COPD and their caregivers: