Chronic obstructive pulmonary disease, or COPD, refers to a group of diseases that cause airflow blockage and breathing-related problems. It includes emphysema and chronic bronchitis.

What are the symptoms of COPD?

Symptoms of COPD include: 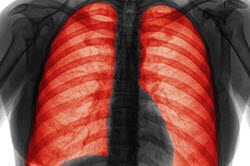 Chronic lower respiratory disease, primarily COPD, was the fourth leading cause of death in the United States in 2018.1 Almost 15.7 million Americans (6.4%) reported that they have been diagnosed with COPD.2 More than 50% of adults with low pulmonary function were not aware that they had COPD,3 so the actual number may be higher. The following groups were more likely to report COPD in 2013.2

Top of Page
COPD Among Women

In the past, COPD was often thought of as a man’s disease, but things have changed in the past couple of decades. Since 2000, more women than men have died from COPD in the United States.4 In 2018, chronic lower respiratory disease, primarily COPD, was the fourth leading cause of death among US women.4 The age-adjusted death rates for COPD have dropped among US men, but death rates have not changed for women.5 More women than men are also living with COPD in the United States.5

There are several reasons why COPD might affect women differently than men.6 Women tend to be diagnosed later than men, when the disease is more advanced and treatment is less effective. Women also seem to be more vulnerable to the effects of tobacco and other harmful substances, such as indoor air pollution. For example, tobacco smoke is the main cause of COPD in the United States, but women who smoke tend to get COPD at younger ages and with lower levels of smoking than men who smoke. There also appear to be differences in how women and men respond to different treatments.

In the United States, tobacco smoke is a key factor in the development and progression of COPD.7 Exposure to air pollutants in the home and workplace, genetic factors, and respiratory infections also play a role. In the developing world, indoor air quality is thought to play a larger role than it does in the United States. People should try to avoid inhaling tobacco smoke, home and workplace air pollutants, and respiratory infections to prevent developing COPD. Early detection of COPD may change its course and progress.

What are the complications or effects of COPD?

Compared to adults without COPD, those with this disease are more likely to:

How is COPD diagnosed? 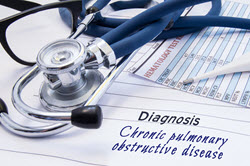 A simple test, called spirometry, can be used to measure pulmonary—or lung—function and detect COPD in anyone with breathing problems.3,13

How is COPD treated?

Treatment of COPD requires a careful and thorough evaluation by a physician.3,13 COPD treatment can alleviate symptoms, decrease the frequency and severity of exacerbations, and increase exercise tolerance. Treatment options that your physician may consider include:

To learn more about COPD, visit the Resources page.