Michael, age 57, started smoking when he was 12 years old because he wanted his friends to think he was cool. He would sneak cigarettes from family members who smoked.  Over time, Michael’s addiction to cigarettes grew until he was smoking an average of two to three packs a day.

In his early 40s, Michael started having shortness of breath. He found ways to hide his condition from his co-workers so they wouldn’t know he couldn’t keep up with them.  Then at 47 years old, Michael was diagnosed with smoking-related chronic obstructive pulmonary disease (COPD). He had part of his right lung removed because of an infection. A few years later, Michael had more surgery, on his left lung this time. By the time he was 51 years old, Michael had to quit working because of his difficulty breathing. That year he also quit smoking.

Michael’s COPD is considered Stage 4 and he uses oxygen to help him breathe. His advice to people who smoke is to stop smoking immediately. “Think about all you’ll have to give up and ask yourself if it’s really worth it,” Michael said. “I can tell you, it’s not.”

Michael started smoking at age 12 because he wanted his friends to think he was “super cool.” His parents, sister, and grandfather smoked, so he could always find someone’s pack laying around the house. It was easy to sneak a few cigarettes to smoke with his buddies without anyone finding out. 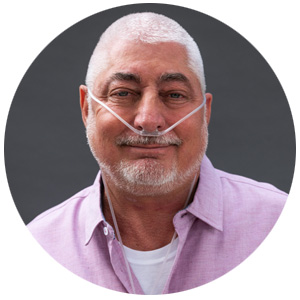 Michael got married when he was 20 years old and became a father at 21. He left high school without graduating, and later got his GED. He focused on building a career and worked long hours in high-pressure roles. He told himself he needed to smoke because work was so stressful. His addiction to cigarettes grew over time until he was smoking an average of two to three packs a day.

Michael was aware that cigarettes could lead to health problems, but he didn’t believe anything bad would ever happen to him. He tried to quit smoking cold turkey a couple of times, but “it never stuck,” Michael explained. “Smoking wasn’t affecting my life in any major way, so quitting wasn’t a priority.”

In his early 40s, Michael started experiencing shortness of breath. He was quickly winded by any physical effort. His doctor prescribed an inhaler to help Michael breathe easier and advised him to quit smoking. But Michael didn’t quit. “If somebody told me not to do something – I hate to say it, but I’d want to do it more,” he said. “I was one of those guys who thought, ‘It’s my life; I’ll do what I want.’”

Michael’s stress level increased as he worked his way up the corporate ladder to a senior leadership position. He didn’t want anyone at work to know he was getting weaker and having trouble breathing so he found ways to hide his condition. When traveling for work, he would arrive at an airport hours before a flight so he didn’t have to rush across the terminal. When going to lunch with co-workers, Michael made up excuses to walk by himself so no one would see how quickly he’d get winded.

In 2008, at 47 years old, Michael was diagnosed with smoking-related chronic obstructive pulmonary disease (COPD). COPD is a serious lung disease that blocks air flow and makes breathing difficult. The condition worsens over time and can lead to death. Most cases of COPD are caused by cigarette smoking or secondhand smoke exposure.

His condition was discovered during a medical visit when a chest x-ray showed a spot in his upper right lung. That spot turned out to be an infection. After antibiotic treatment failed, the infection had to be surgically removed. For a few uncomfortable months, Michael recovered with a tube inserted in his chest to help the lung re-expand. He didn’t smoke during that time, but he started smoking again soon after he healed.

Despite his health problems, Michael and his wife, Edna, were determined to enjoy their lives together. They bought a boat and spent weekends on the water with friends. They went to karaoke bars and took pride in fixing up their home. They bought a camper and traveled around the country visiting landmarks.

Then in April 2012, Michael woke up in the middle of the night, unable to breathe. This time, his left lung was in trouble. It had spontaneously collapsed. Doctors inserted a chest tube to help the lung recover, but it collapsed again a few days later. Michael had to have another surgery to help his lungs keep working.

Doctors advised Michael against returning to work after he recovered. He was only 51 years old, but he retired and took disability. “Leaving my job behind was a huge personal loss,” Michael said. “My position was part of who I was.”

Life continued to change in other ways for Michael as his health worsened. He now relies on supplemental oxygen therapy to help him breathe. He stores backup oxygen tanks in the house and portable device batteries in his car in case of an emergency. Sometimes he needs Edna’s help to shower and dress. If he feels strong enough, he goes to the grocery store on his own, moving from aisle to aisle in a motorized scooter. He only buys as much as he can carry in one trip from the car to the house. He is worn out by 6:00 pm and sleeps 10-12 hours every night.

After his last surgery, Michael quit smoking. Edna quit smoking as well. She explained that she needs to be around to take care of her husband. Michael’s most recent lung function test showed he has Stage 4 COPD.

“At 57, we should be planning for retirement and thinking about taking trips,” Michael said. “But instead we’re making sure I have oxygen every day.”

While Michael feels fortunate for all he does have, he also recognizes deep feelings of loss tied to his experience with COPD and smoking. Loss of his career and part of his identity when he stepped down from his job. Loss of enjoyment when they sold their boat and travel camper because the upkeep was too strenuous for Michael. Loss of friends who stopped coming by for weekend barbeques when Michael got sick.

Michael wants people who smoke to look at his life as a cautionary tale and make different choices. “Stop smoking now – not when your pack runs out, not in a minute from now,” he advised. “Think about all you’ll have to give up and ask yourself if it’s really worth it. I can tell you, it’s not.” 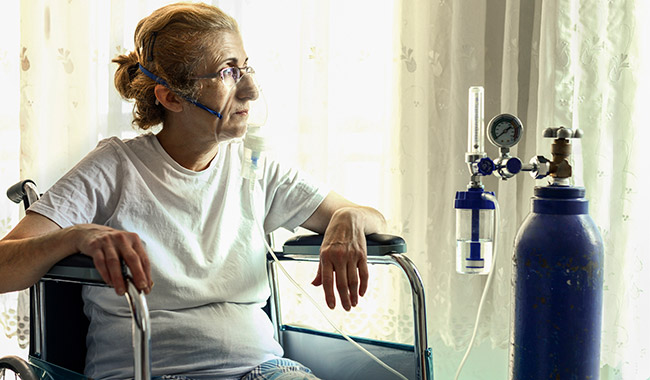 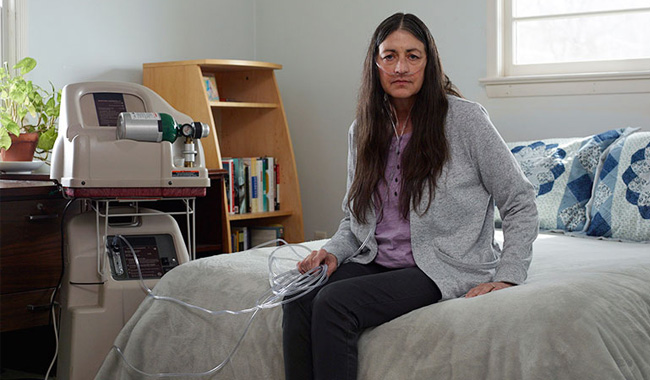 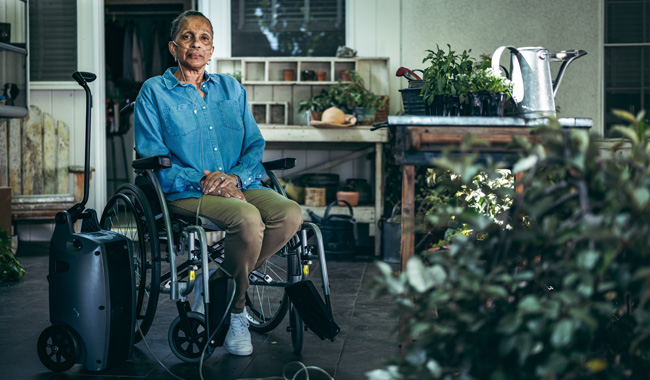 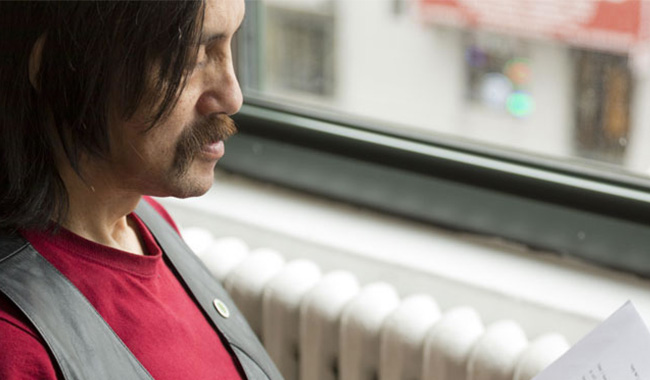