Black/African Americana gay, bisexual, and other men who have sex with menb are more affected by HIV than any other group in the United States. In 2018, black/African American gay and bisexual men accounted for 26% (9,756) of the 37,832 new HIV diagnoses and 37% of new diagnoses among all gay and bisexual men in the United States and dependent areas.c,d

New HIV Diagnoses Among Gay and Bisexual Men
in the US and Dependent Areas by Age and Race/Ethnicity, 2018 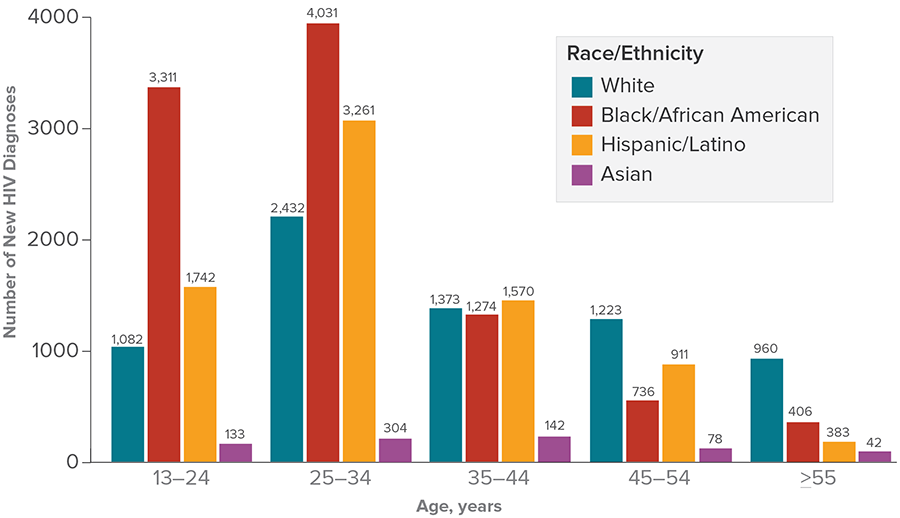 Hispanics/Latinos can be of any race.
Subpopulations representing 2% or less of HIV diagnoses among gay and bisexual men are not reflected in this chart.
Source: CDC. Diagnoses of HIV infection in the United States and dependent areas, 2018  pdf icon[PDF – 10 MB]. HIV Surveillance Report 2019;30.

HIV Diagnoses Among Black/African American Gay and Bisexual Men in the US and Dependent Areas, 2010-2017

In 2018, there were 2,592 deaths among black/African American gay and bisexual men with diagnosed HIV in the US and dependent areas. These deaths may be due to any cause.d

Stigma, homophobia, and discrimination put gay and bisexual men of all races/ethnicities at risk for multiple physical and mental health problems and affects whether they seek and receive high-quality health services, including HIV testing, treatment, and other prevention services. In addition to stigma and other risk factors affecting all gay and bisexual men, several factors are particularly important for African American gay and bisexual men. These include the following: 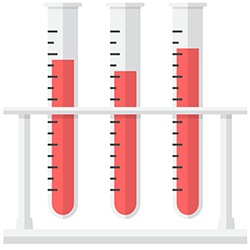 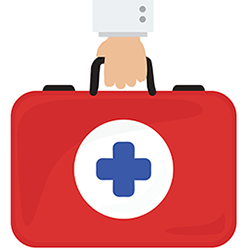 Socioeconomic factors. The poverty rate among African Americans is high. The socioeconomic factors associated with poverty—including limited access to high-quality health care, housing, and HIV prevention education—directly and indirectly increase the risk for HIV infection and affect the health of people living with and at risk for HIV. These factors may explain why African Americans have worse outcomes on the HIV continuum of care, including lower rates of linkage to care and viral suppression.

CDC and its partners are pursuing a high-impact prevention approach to maximize the effectiveness of current HIV prevention interventions and strategies among African American gay and bisexual men. Funding state, territorial, and local health departments is CDC’s largest investment in HIV prevention.

a Black refers to people having origins in any of the black racial groups of Africa, including immigrants from the Caribbean, and South and Latin America. African American is a term often used for Americans of African descent with ancestry in North America. Individuals may self-identify as either, both, or choose another identity altogether. This web content uses African American, unless referencing surveillance data.
b The term male-to-male sexual contact is used in CDC surveillance systems. It indicates a behavior that transmits HIV infection, not how individuals self-identify in terms of their sexuality. This fact sheet uses the term gay and bisexual men.
c Unless otherwise noted, the term United States includes the 50 states, the District of Columbia, and the 6 dependent areas of American Samoa, Guam, the Northern Mariana Islands, Puerto Rico, the Republic of Palau, and the US Virgin Islands.
d Includes infections attributed to male-to-male sexual contact and injection drug use (men who reported both risk factors).
e HIV diagnoses refers to the number of people who received an HIV diagnosis during a given time period, not when the people got HIV infection.