HIV Diagnoses Among Transgender People in the United Statesc by Race/Ethnicity, 2009-2014 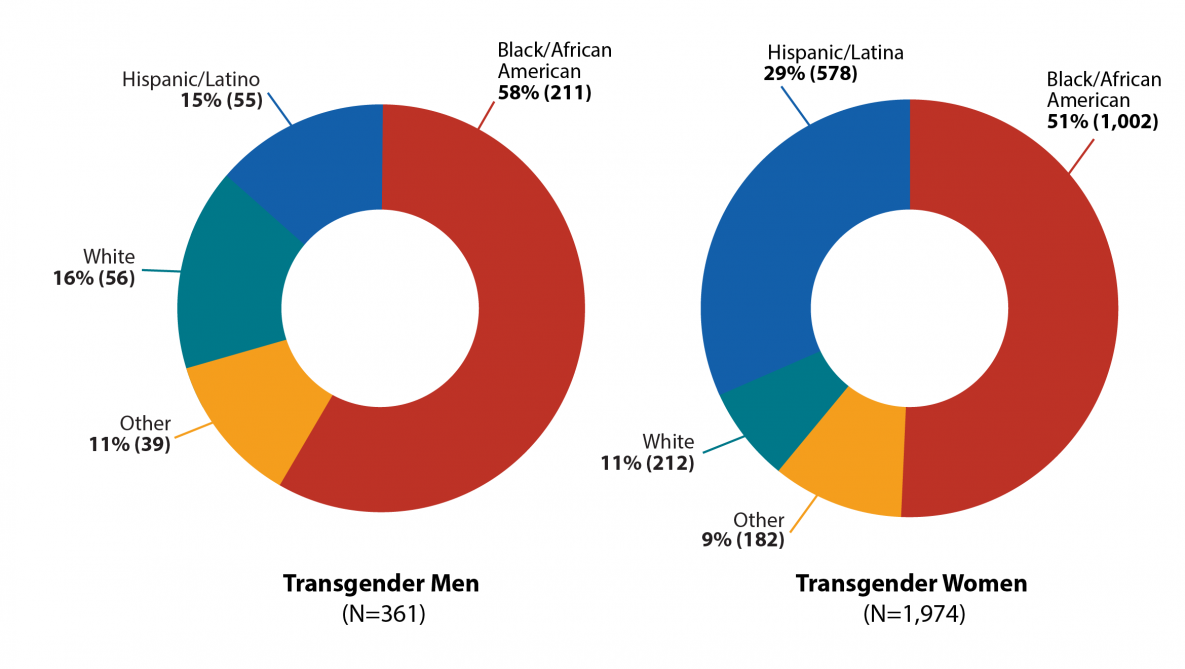 There are numerous prevention challenges that may impact the HIV health outcomes for some transgender people. These include:

CDC and its partners are pursuing a high-impact prevention approach to maximize the effectiveness of current HIV prevention methods among transgender people. Activities include:

a Includes 50 states and the District of Columbia.

b These data may under report HIV diagnoses among transgender people because of challenges in accurately identifying and reporting gender identity in HIV surveillance.

c Includes 45 states plus the District of Columbia.

e Black refers to people having origins in any of the black racial groups of Africa, including immigrants from the Caribbean, and South and Latin America. African American is a term often used for Americans of African descent with ancestry in North America. Individuals may self-identify as either, both, or choose another identity altogether.

f Hispanics/Latinas can be of any race.

h An HIV testing event is one or more HIV tests performed with a person to determine that person’s HIV status. During one testing event, a person may be tested once or multiple times.

i Information is lacking with regards to how sex reassignment surgery such as vaginoplasty, metoidioplasty or phalloplasty, for example, may increase or decrease HIV transmission risk.

j It is important to avoid assumptions regarding the types of sexual activity that transgender people engage in or how they may refer to their body parts.