Communities in Crisis: Is There a Generalized HIV Epidemic in Impoverished Urban Areas of the United States? 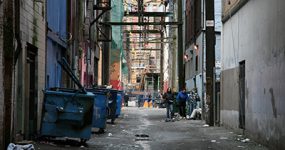 According to UNAIDS, the United States (U.S.) has a concentrated HIV epidemic, primarily among men who have sex with men (MSM) and injection drug users (IDUs).1,2 While the HIV epidemic has not had a broad impact on the general U.S. population, it has greatly affected the economically disadvantaged in many urban areas. We sought to characterize the HIV epidemic in impoverished urban areas of the U.S. and determine whether the epidemic in these areas meets the UNAIDS definition of a generalized epidemic.

Concentrated HIV Epidemic: The HIV prevalence rate is <1% in the general population, but >5% in at least one high-risk subpopulation, such as MSM, IDUs, commercial sex workers (CSWs), or the clients of CSWs.

Generalized HIV Epidemic: The HIV prevalence rate is >1% in the general population. 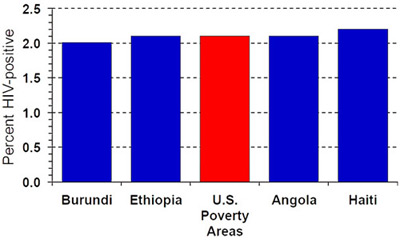 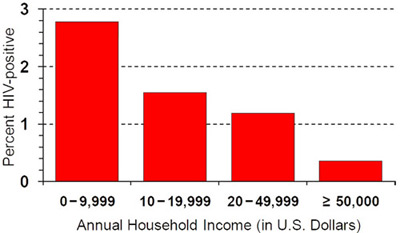 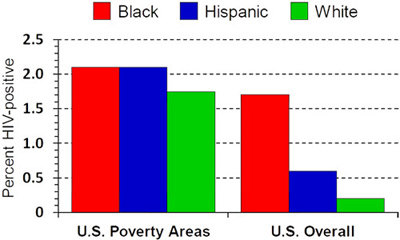 Poverty may account for some of the racial and ethnic disparities found in HIV prevalence rates for the overall U.S. population–46% of blacks and 40% of Hispanics live in poverty areas compared to just 10% of whites.4