Though HIV diagnosesa among women have declined in recent years, more than 7,000 women received an HIV diagnosis in the United States and dependent areas in 2017.b

New HIV Diagnoses Among Women in the US and Dependent Areas, 2017 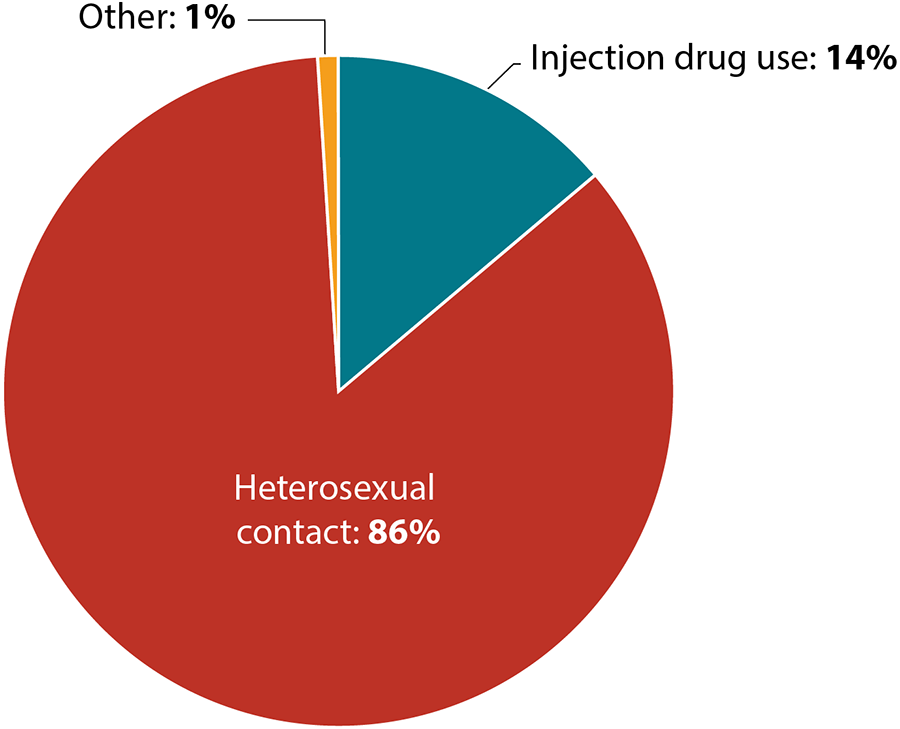 Total may not equal 100% due to rounding. 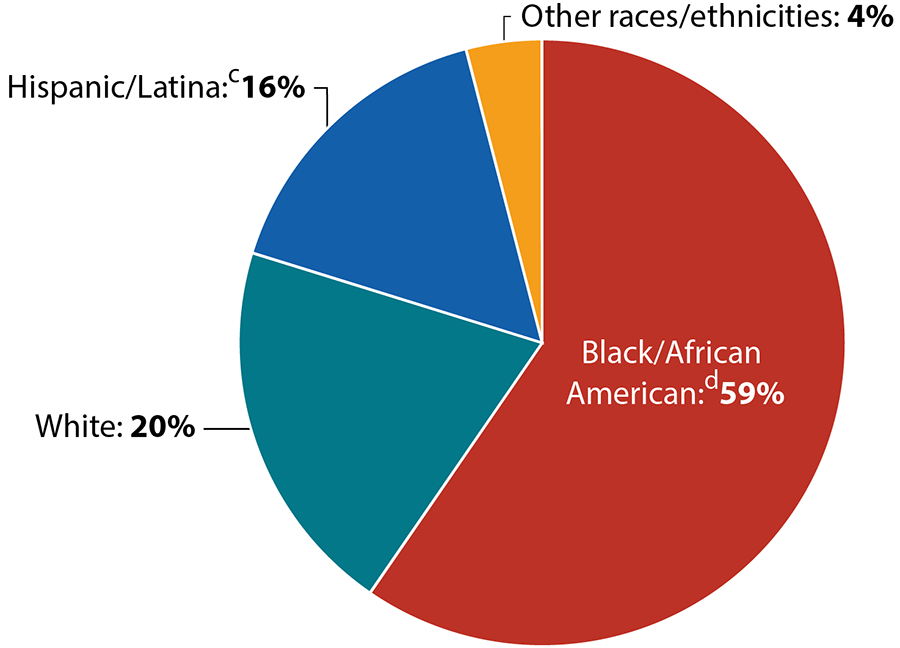 Total may not equal 100% due to rounding.

New HIV Diagnoses Among Women in the US and Dependent Areas by Age, 2017 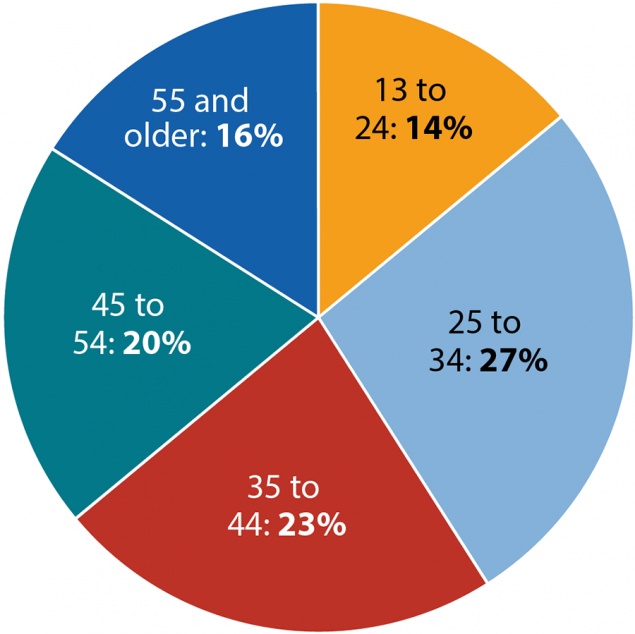 New HIV Diagnoses in the US and Dependent Areas for the Most-Affected Subpopulations, 2017

Subpopulations representing 2% or less of HIV diagnoses are not reflected in this chart.
Source: CDC. Diagnoses of HIV infection in the United States and dependent areas, 2017pdf icon. HIV Surveillance Report 2018;29.

From 2010 to 2016, HIV diagnoses decreased 21% among women overall in the 50 states and the District of Columbia. But trends varied for different groups of women. 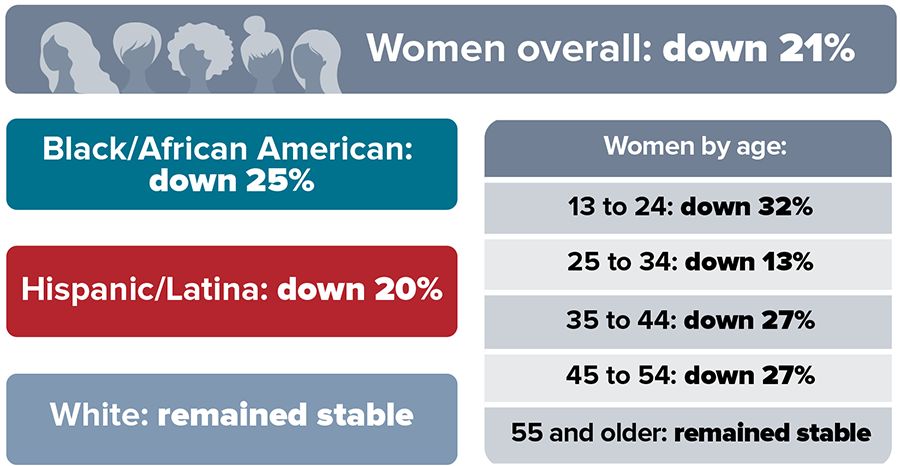 In the 50 states and the District of Columbia:

In 2016, there were 3,893 deaths among women with diagnosed HIV in the US and dependent areas. These deaths may be due to any cause.

1 in 9 women with HIV are unaware they have it. People who do not know they have HIV cannot take advantage of HIV care and treatment and may unknowingly pass HIV to others.

Some sexually transmitted diseases, such as gonorrhea and syphilis, greatly increase the likelihood of getting or transmitting HIV.

Women who have been sexually abused may be more likely than women who have not to engage in sexual risk behaviors like exchanging sex for drugs, having multiple sex partners, or having sex without a condom.

a HIV diagnoses refers to the number of people who received an HIV diagnosis during a given time period, not when the people got HIV infection.
b Unless otherwise noted, the term United States (US) includes the 50 states, the District of Columbia, and the 6 dependent areas of American Samoa, Guam, the Northern Mariana Islands, Puerto Rico, the Republic of Palau, and the US Virgin Islands.
c Hispanics/Latinas can be of any race.
d Black refers to people having origins in any of the black racial groups of Africa, including immigrants from the Caribbean, and South and Latin America. African American is a term often used for Americans of African descent with ancestry in North America. Individuals may self-identify as either, both, or choose another identity altogether.
e Includes diagnosed and undiagnosed HIV infections among adults and adolescents.

HIV Among Pregnant Women, Infants, and Children in the United States