Though HIV diagnosesa among womenb have declined in recent years, more than 7,000 women received an HIV diagnosis in the United States (US) and dependent areas c in 2018.

New HIV Diagnoses Among Women by Transmission Category in the US and Dependent Areas, 2018

* Black refers to people having origins in any of the black racial groups of Africa. African American is a term often used for Americans of African descent with ancestry in North America.
† Hispanics/Latinas can be of any race.
Source: CDC. Diagnoses of HIV infection in the United States and dependent areas, 2018 (Preliminary) pdf icon[PDF – 10 MB]. HIV Surveillance Report 2019;30.

HIV diagnoses decreased 23% among women overall from 2010 to 2017. Although trends varied for different groups of women, HIV diagnoses declined for groups most affected by HIV, including black/African Americand women and women aged 25 to 34. 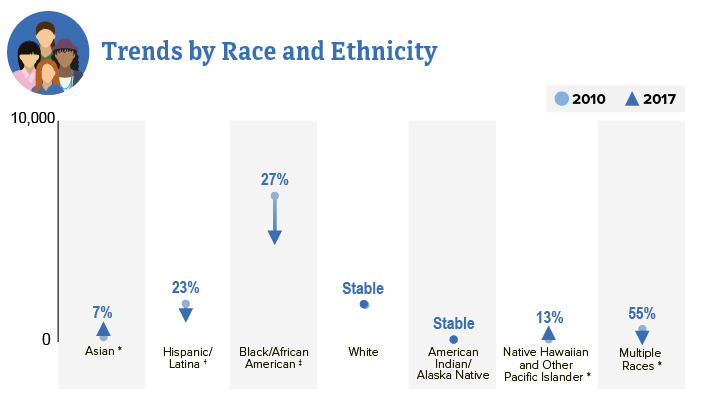 * Changes in subpopulations with fewer HIV diagnoses can lead to a large percentage increase or decrease.
† Hispanics/Latinas can be of any race.
‡ Black refers to people having origins in any of the black racial groups of Africa. African American is a term often used for Americans of African descent with ancestry in North America.
Source: CDC. NCHHSTP AtlasPlus. Accessed March 26, 2020. 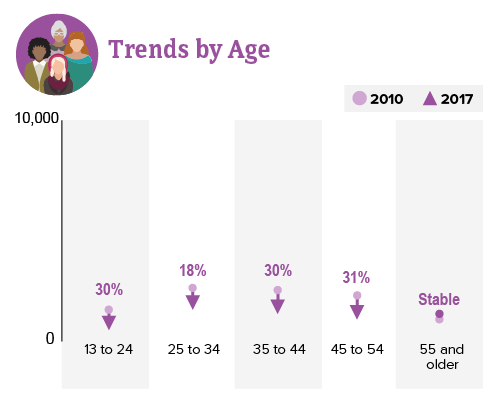 Women With HIV in the 50 States and District of Columbia

It is important for women to know their HIV status so they can take medicine to treat HIV if they have the virus. Taking HIV medicine every day can make the viral load undetectable. Women who get and keep an undetectable viral load (or stay virally suppressed) have effectively no risk of transmitting HIV to HIV-negative sex partners. 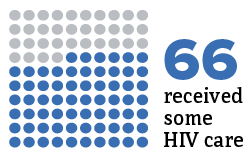 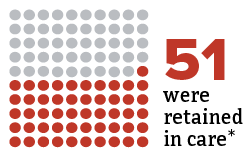 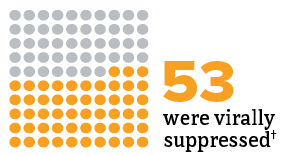 In 2017, there were 4,006 deaths among women with diagnosed HIV in the US and dependent areas. These deaths may be due to any cause.

1 in 9 women with HIV are unaware they have it. People who do not know they have HIV cannot take advantage of HIV care and treatment and may unknowingly pass HIV to others.

Some sexually transmitted diseases, such as gonorrhea and syphilis, greatly increase the likelihood of getting or transmitting HIV.

Women who have been sexually abused may be more likely than women who have not to engage in risky behaviors like exchanging sex for drugs, having multiple sex partners, or having sex without protection (such as using condoms or taking medicines to prevent or treat HIV).

a HIV diagnoses refers to the number of people who received an HIV diagnosis during a given time period, not when the people got HIV infection.
b Adult and adolescent women aged 13 and older.
c Unless otherwise noted, the term United States (US) includes the 50 states, the District of Columbia, and the 6 dependent areas of American Samoa, Guam, the Northern Mariana Islands, Puerto Rico, the Republic of Palau, and the US Virgin Islands.
d Black refers to people having origins in any of the black racial groups of Africa. African American is a term often used for Americans of African descent with ancestry in North America.