This outbreak appears to be over. Ill people in this outbreak ate ground beef from many sources. No single supplier, distributor, or brand of ground beef was identified. Consumers and restaurants should always handle and cook ground beef safely to avoid foodborne illness.

Recalls and Advice to Consumers and Retailers 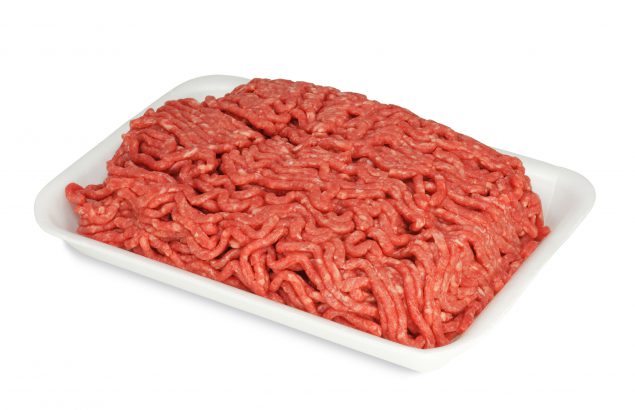 Wash hands with soap and water after touching raw ground beef. Use hot, soapy water or a bleach solution to wash items that came in contact with raw meat or its juices.

For more information about how to handle ground beef safely, call the USDA Meat and Poultry Hotlineexternal icon at 1-888-MPHotline (1-888-674-6854).

No single supplier, distributor, or brand of ground beef was identified that could account for all the illnesses. But certain ground beef products were recalled as part of the investigation. Restaurants, retailers, and institutions should not sell or serve the following recalled ground beef products because they may be contaminated with E. coli O103 and could make people sick:

Take action if you have symptoms of an E. coli infection:

Public health investigators used the PulseNet system to identify illnesses that may have been part of this outbreak. PulseNet is the national subtyping network of public health and food regulatory agency laboratories coordinated by CDC. DNA fingerprinting is performed on E. coli bacteria isolated from ill people by using techniques called pulsed-field gel electrophoresis (PFGE) and whole genome sequencing (WGS). CDC PulseNet manages a national database of these DNA fingerprints to identify possible outbreaks. WGS gives a more detailed DNA fingerprint than PFGE. WGS performed on E. coli from ill people in this outbreak showed that they were closely related genetically. This means that the ill people were more likely to share a common source of infection.

A total of 209 people infected with the outbreak strain of E. coli O103 were reported from 10 states. A list of the states and the number of confirmed cases in each can be found on the Map of Reported Cases page.

Illnesses started on dates from March 1, 2019, to May 1, 2019. Ill people ranged in age from less than 1 year to 84 years, with a median age of 18. Fifty-one percent were female. Of 191 people with information available, 29 (15%) were hospitalized. Two cases of hemolytic uremic syndrome were reported. No deaths were reported.

This multistate investigation began on March 28, 2019, when officials in Kentucky and Georgia notified CDC of this outbreak. Epidemiologic and laboratory evidence indicated that ground beef was the likely source of this outbreak.

In interviews, ill people answered questions about the foods they ate and other exposures in the week before they became ill. Of the 159 people interviewed, 125 (79%) reported eating ground beef. This percentage is significantly higher than results from a survey pdf icon[PDF – 787 KB] of healthy people. Ill people bought or ate ground beef from several different grocery stores and restaurants. Many ill people bought large trays or chubs of ground beef from grocery stores and used the meat to make dishes like spaghetti and sloppy joe.

USDA-FSIS and state regulatory officials collected products for testing at retailers and establishments, and all products tested were negative for E. coli. USDA-FSIS conducted traceback investigations to determine the source of ground beef supplied to grocery stores and restaurants where ill people ate. Ill people in this outbreak ate ground beef from many sources. No single supplier, distributor, or brand of ground beef was identified. Consumers should handle ground beef safely and cook it thoroughly.