On September 20, 2022, the Ugandan Ministry of Health confirmed an outbreak of Ebola (Sudan virus) in Mubende District, in western Uganda. This announcement came after a patient with a suspected viral hemorrhagic fever (VHF) was identified and isolated at Mubende Regional Referral Hospital. A sample from the patient was sent to the VHF laboratory at the Uganda Virus Research Institute, where Ebola (Sudan strain) was confirmed. This marks the sixth Ebola outbreak in Uganda. Five of the six have been caused by the species Sudan ebolavirus. 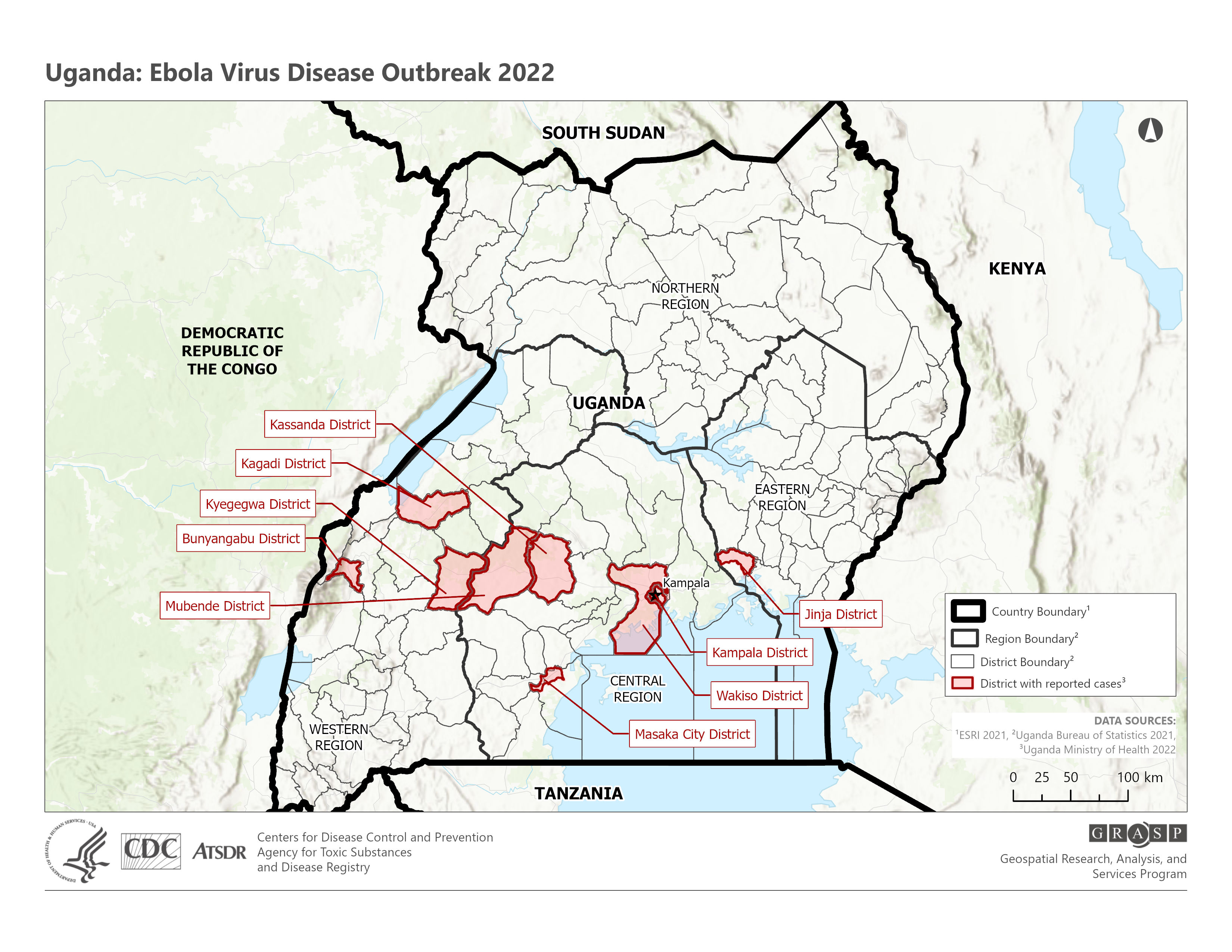