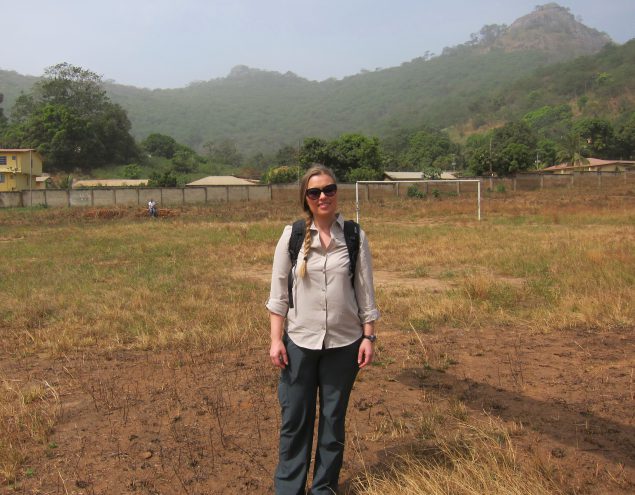 Cases. Contacts. Hospitalizations. Deaths. CDC health statistician Dana Haberling finds ways to sort through numbers like these in search of patterns that other public health responders can use to bring the Ebola outbreak in the Democratic Republic of the Congo to an end—a skill she’s honed for more than 13 years.

“You always have to remember these are not just tables of data,” she says. “These are actual people who have families. Remembering that the numbers represent people motivates you when you’re working long hours to continue to do your best.”

Haberling is part of CDC’s Global Rapid Response Team, a cadre of volunteer specialists who can be deployed on short notice. When the current outbreak began in August 2018, she was among the first staffers dispatched to the World Health Organization’s headquarters in Geneva. She has helped the UN agency organize data coming from the field during multiple deployments and returned to Atlanta in early July from a third deployment.

It’s her second time working as a part of a global response to Ebola. In early 2015, when the worst Ebola outbreak ever recorded struck West Africa, she spent a month in Sierra Leone helping that country’s government compile and organize illness reports.

“Having been in West Africa, I have an understanding of what people are going through,” she says.

Before that outbreak ended, Sierra Leone saw more than 14,000 cases of Ebola and nearly 4,000 deaths. Getting reports from harried responders around the country was impossible on a daily basis, so Haberling worked with her counterparts in Sierra Leone’s government to develop a methodical weekly report to track developments.

That work could be frustrating at times, but Haberling says those frustrations were small in comparison to what some of the people she worked with endured. One of the people she was training had to leave the training after being quarantined because of a case of Ebola reported in her apartment building, while others were struggling with the illnesses or deaths of people close to them.

“People are going through horrendous personal experiences, and you know it’s going to affect them for the rest of their lives,” she says.

Haberling grew up in Redfield, South Dakota, a small farm town on the Great Plains, and was drawn to mathematics at an early age. Most of the time, her work touches on multiple illnesses that CDC studies. Researchers often come to her and her team to get help designing a project and to seek advice on what data to collect and how it can be analyzed. But rather than teasing out differences in large data sets, tracking Ebola involves compiling sometimes hard-to-obtain information on individual cases.

“You might spend the whole month trying to create a system to make your life easier, but if it makes the next person’s life easier, it’s really satisfying,” she says, adding, “When there’s a response like this, you want to help.”