On July 4, 2022, the Ministry of Health declared the end of the Ebola outbreak in Equateur Province. Visit the Ebola Outbreak section for information on past Ebola outbreaks.

On April 23, 2022, the Ministry of Health in the Democratic Republic of the Congo (DRC) declared an outbreak of Ebola virus disease (EVD) in Mbandaka health zone, Equateur Province. This was the 14th EVD outbreak in DRC and marked the third in a series of outbreaks in Equateur province since 2018 – one which started in the spring of 2018 and the other which was declared in the summer of 2020. Sequencing data from the first confirmed case in this outbreak indicated that this is a new spillover event from an animal to a person and is not directly linked to previous outbreaks.

The first patient identified in this outbreak sought treatment at several healthcare facilities and was taken to the Wangata Ebola Treatment Center after signs of hemorrhage (bleeding) began. Results from an initial test conducted in Mbandaka were positive for EVD. The DRC’s national laboratory in Kinshasa—the Institut National de la Recherche Biomédicale (INRB)— confirmed the positive test result through polymerase chain reaction (PCR).

Contacts were monitored and a vaccination campaign for contacts and healthcare personnel was carried out. The outbreak was declared over on July 4, 2022. 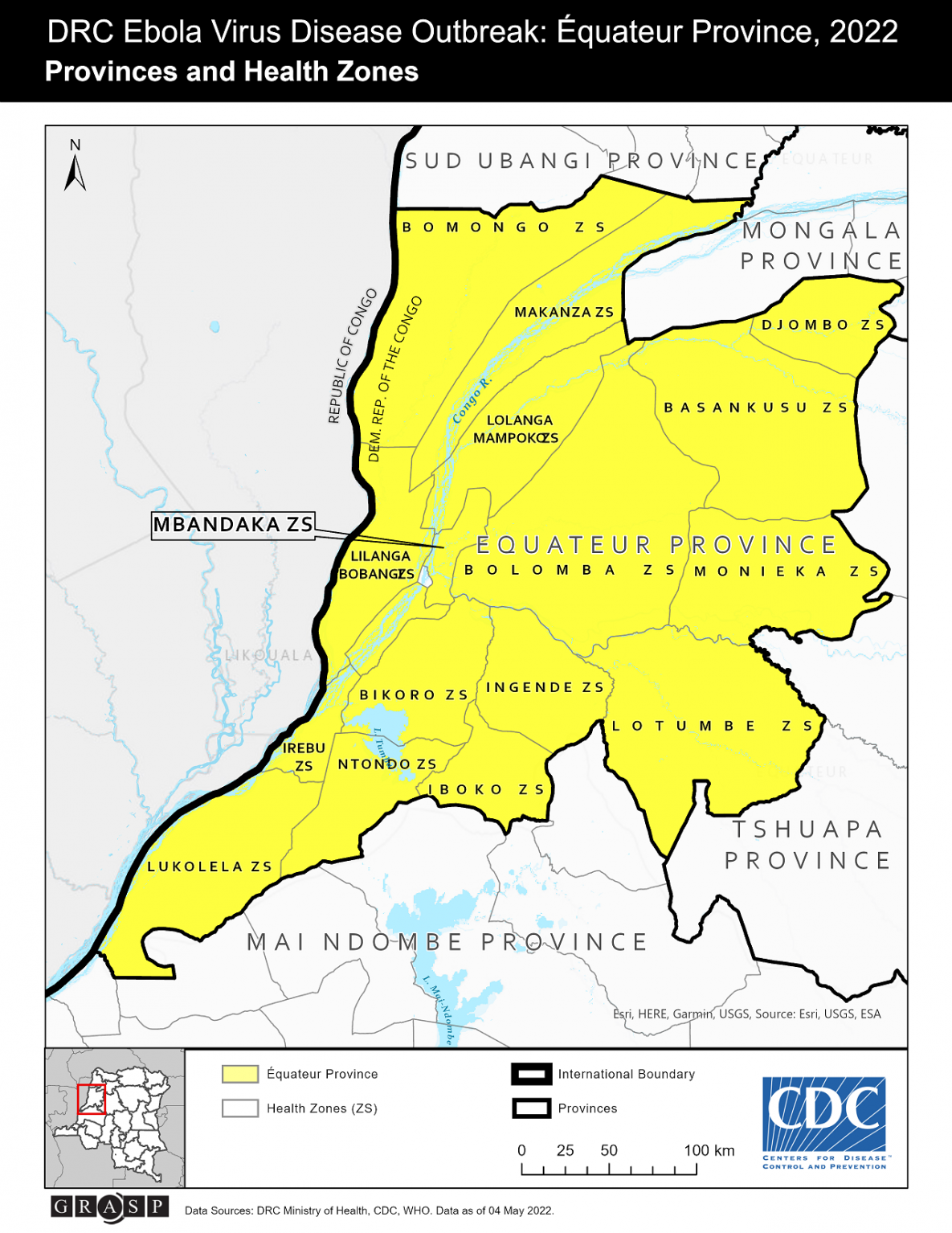