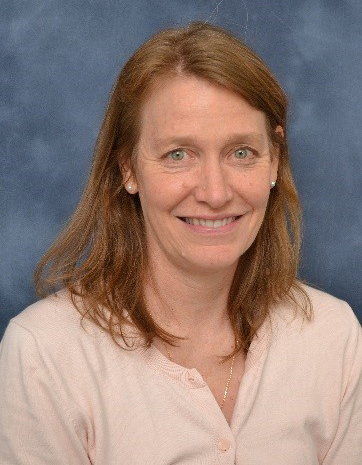 Like most people asked to deploy, Dr. Barbara Marston’s plate was more than full.  However, Marston has great empathy for those responsible for filling key positions in the current Ebola response—she and her team were responsible for identifying many of the deployers for CDC’s response to Ebola in West Africa.  When she was asked to support the Ebola outbreak in eastern Democratic Republic of the Congo (DRC) as CDC’s liaison to World Health Organization’s (WHO) headquarters, she was eager to find a way to say yes.

From 2014-2016, Marston led CDC’s International Task Force where she coordinated the staffing and activities of teams deployed to the Ebola-affected countries of Liberia, Guinea, and Sierra Leone. This experience proved invaluable when collaborating with senior WHO colleagues to navigate complex issues, guide Ebola response activities, and organize the efforts of CDC responders specialized in mapping, vaccination, coordination, communication, and other areas. Marston’s deployment to WHO headquarters put her in an important position to foster collaboration between CDC and WHO to support the DRC Ministry of Health’s response to the outbreak.

Marston understands that all outbreaks are not the same, and this outbreak has unique obstacles. “The most challenging thing is that this is a terrible outbreak and it has been going on for more than a year and you wish you could do something very concrete to turn things around,” she said. “Especially because we know if it was a different scenario, if it was safer for CDC to go in, we probably could assist with the response in a way that could make a bigger impact. Responding from a distance approach is better than nothing and I understand why the CDC presence in the outbreak zone is so limited, but it’s frustrating to see the need and not be able to meet it.”

During her deployment as CDC’s Liaison to WHO, Marston was in daily contact with CDC headquarters in Atlanta. This allowed her to share CDC guidance with WHO to resolve obstacles and work as a team. This often made for long days with the six-hour time difference. The work day in Atlanta was just starting when Geneva was winding down. She often talked with WHO experts who are managing the outbreak and members of the epidemiology team to ensure she was constantly up to date on details of the outbreak that she could then share with the Atlanta-based team. Working with WHO also provided Marston the opportunity to see how they handle day to day activities, compared to CDC. “I think it is very helpful to see how WHO works and understand some of the constraints they face.”

What the most rewarding part of her deployment?  “Having the occasion to work closely with people at WHO again. I knew some of the people from the West Africa outbreak and from talking to them over the phone, and it was nice to be able to work with them face-to-face.” While deployed, Marston tried to keep up with some of her “regular” duties—those in her unit assisted with other duties—an example of how everyone at CDC—those deployed internationally, those in the EOC, those involved from their usual positions, and those covering for deployers, are able to contribute to this critical response.