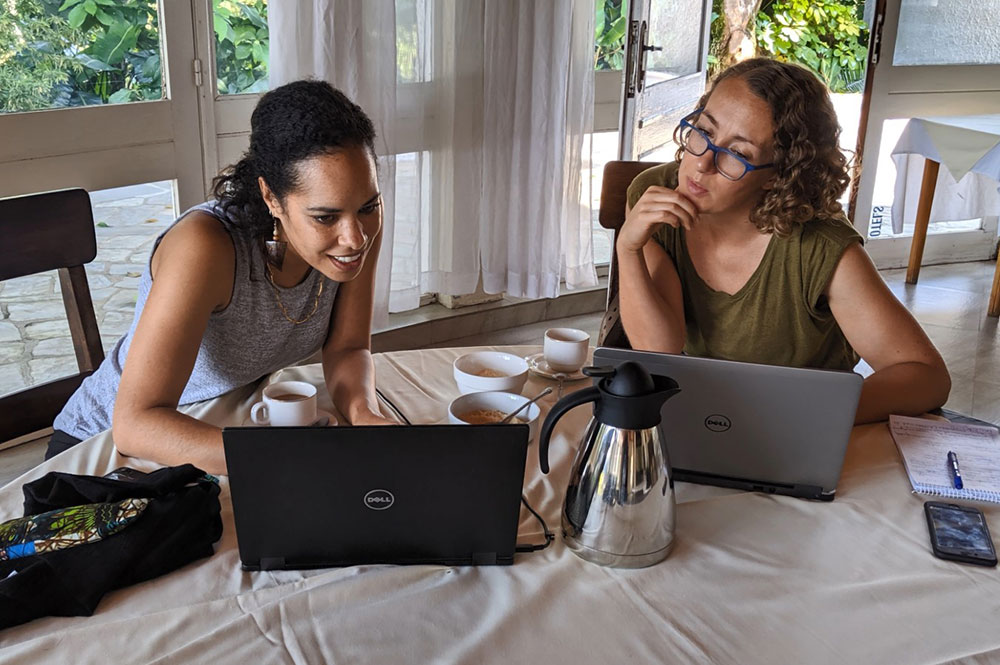 Molly Patrick (right) with fellow CDC deployer Danica Gomes, worked to keep Ebola from getting a foothold in healthcare facilities in the DRC.

Molly Patrick (right) with fellow CDC deployer Danica Gomes, worked to keep Ebola from getting a foothold in healthcare facilities in the DRC.

“It’s just a surreal situation to be in with this ever-present explosive danger,” says Patrick, one of the more than 300 CDC volunteers who have been dispatched to the DRC to fight the current Ebola epidemic.

Patrick is part of a CDC team that specializes in infection prevention and control (IPC). Their work focuses largely on the DRC’s healthcare system, keeping the virus from getting a foothold in facilities where people come for routine healthcare. In many cases, IPC goes beyond basic tools like soap, water, and disinfectants—it means changing protocols and procedures to keep the virus out of healthcare facilities from the start.

Healthcare workers are trained to screen people for Ebola and identify those suspected of having the disease. Anyone showing symptoms should be separated from others and tested “as soon as possible,” Patrick says.

A large part of Patrick’s job in DRC has involved helping that country’s Ministry of Health develop a standard playbook for infection control and get it in the hands of workers at a sprawling network of hospitals and clinics around the region. Effective IPC involves not only screening and cleaning but disposing of piles of contaminated waste produced during treatment—something Patrick helped Sierra Leone health officials manage after the 2014-2016 Ebola outbreak there.

Readily visible throughout Goma, the Nyiragongo volcano pours smoke into the skies north of the city.

Readily visible throughout Goma, the Nyiragongo volcano pours smoke into the skies north of the city.

“All of the personal protective equipment you have to wear generates huge quantities of infectious waste,” she says. “It’s really challenging for these small facilities. They just don’t have the infrastructure to safely dispose of infectious waste.”

Patrick’s educational background made her well equipped to respond to such challenges. She grew up in Halifax, in the Canadian Atlantic province of Nova Scotia. She earned engineering and environmental science degrees at Canada’s Dalhousie and Acadia universities and a master’s in environmental engineering from MIT. Patrick joined CDC in 2010 and was soon sent to Haiti to battle a cholera outbreak that killed more than 8,000 people.

“It was a very fortunate coincidence that I was able to make a connection at CDC and understand there’s a role for engineers at the agency,” she says. “I definitely wanted to do international development work but hadn’t realized there were opportunities at CDC for my skill set.”

Patrick returned from Goma in July 2019. But with the Ebola outbreak still smoldering 16 months after it began, she’s prepared to return and continue her work.