On June 19, 2021, the Ministry of Health and WHO declared the end of the Ebola outbreak in N’Zérékoré Prefecture. Visit the Ebola Outbreak section for information on past Ebola outbreaks.

On February 14, 2021 the Ministry of Health (MOH) in Guinea announced that cases of Ebola virus disease (EVD) had been confirmed in N’Zérékoré Prefecture, a forested rural region in southeast Guinea. These are the first cases of EVD confirmed in Guinea since the 2014–2016 West Africa outbreak, the largest in history, was declared over.

Sequencing of samples from the outbreak was conducted and when compared to sequences from cases during the 2014-2016 West Africa outbreak, very few mutations were seen. Additionally, a mutation in a glycoprotein that is considered a marker for human adaptation of the virus, was identified in both sets of samples. While researchers cannot definitively determine the cause of the outbreak, findings strongly support the conclusion that the outbreak is likely caused by a persistent source of infection (i.e. a survivor) and not a new introduction of the virus from the animal reservoir.

On June 19, 2021, the Guinea Ministry of Health and WHO announced the outbreak was over. In total, 23 cases (probable and confirmed) and 12 deaths were reported. The outbreak will be followed by 90 days of enhanced Ebola surveillance to ensure that any new cases are quickly detected and responded to.

CDC supported response efforts by providing technical assistance to help contain the spread of the virus and bring the outbreak to an end.

Ebola Communication and Awareness Resources for healthcare workers and communities are available. 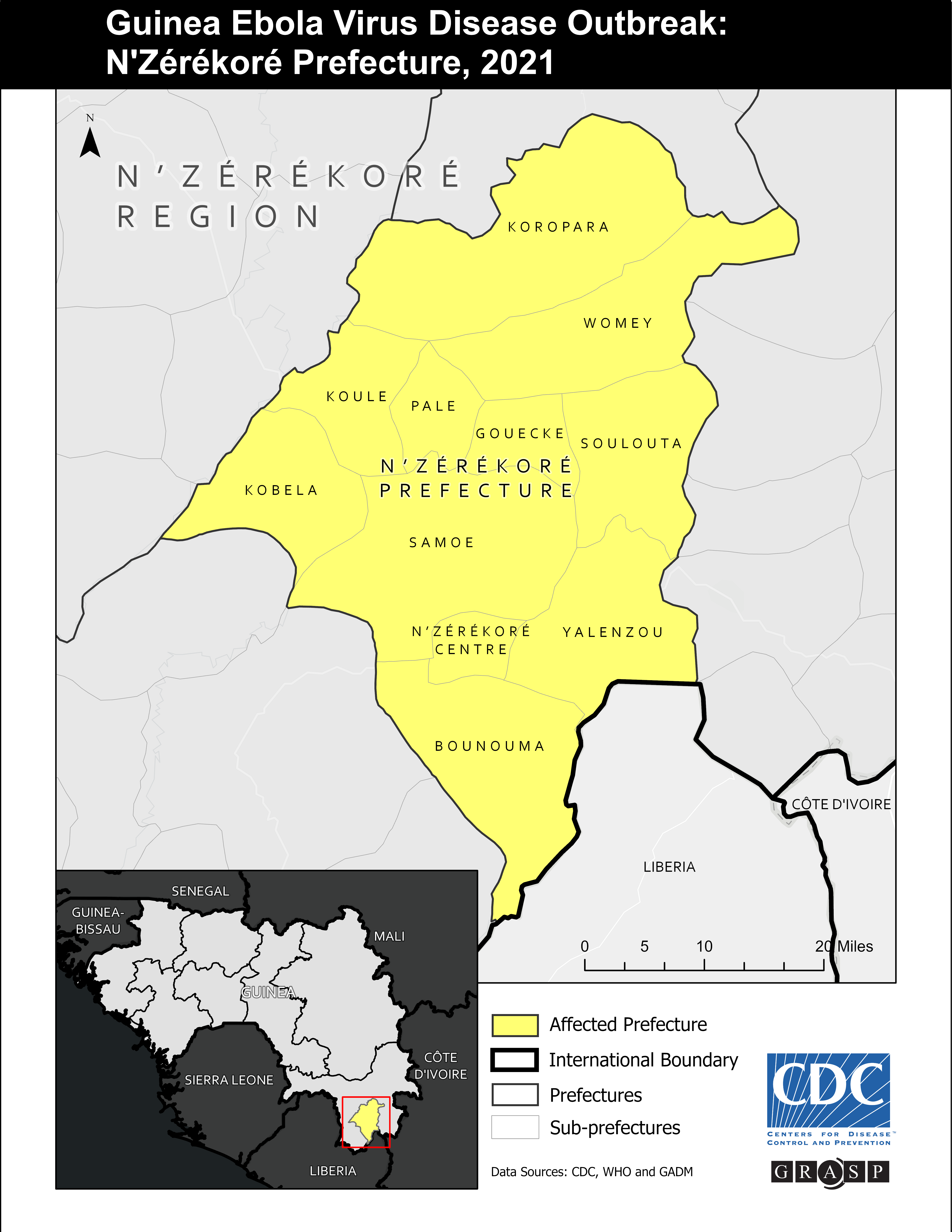