2018 Democratic Republic of the Congo, Bikoro

The Centers for Disease Control and Prevention (CDC) worked closely with the Ministry of Health and Population of the Democratic Republic of Congo (DRC) and multiple partners to respond to a recent outbreak of Ebola virus disease (EVD) in the Bikoro region of Equateur Province in the northwestern part of the country.  The DRC government declared the outbreak on May 8 after two cases were confirmed by laboratory testing at the Institut National de Recherche Biomédicale in Kinshasa.  CDC assisted the DRC government and local and international partners, including the World Health Organization (WHO), as they pursued priority areas of support, including establishing an outbreak response platform; implementing surge support for deployment of personnel, supplies, laboratory materials, operational support, logistics, and transportation; and identifying communication needs to support the partners and the response.

A 2014 EVD outbreak that occurred in a different part of Equateur Province was limited in size due to the remoteness of the area and low population density. A 2017 outbreak in the Bas Uélé Province of DRC was also quickly contained and limited in size. Following a period of 42 days since the second negative laboratory diagnostic test of the last confirmed patient, WHO declared an end to the outbreak on July 24, 2018. 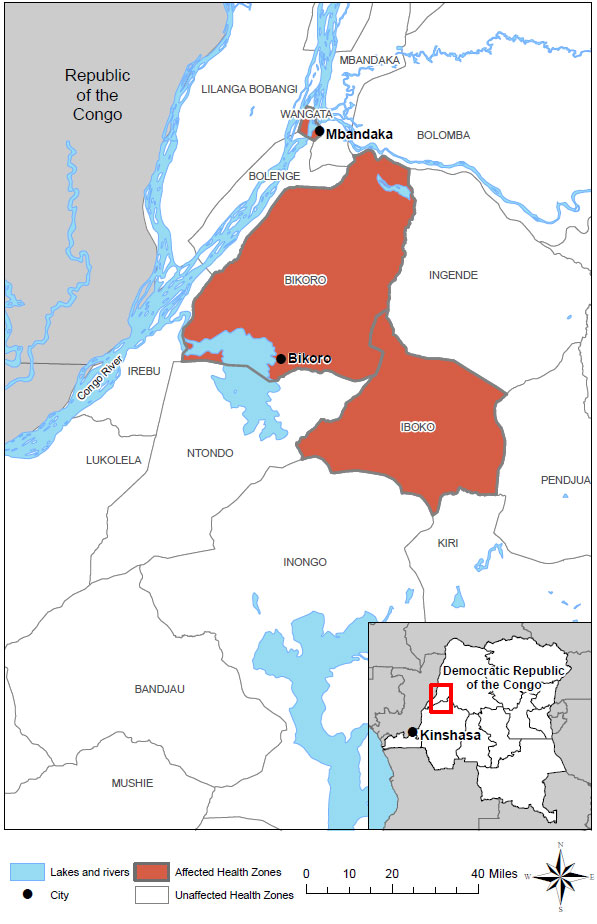