Ebola was discovered in 1976 near the Ebola River in what is now the Democratic Republic of Congo. Since then, the virus has emerged periodically from its natural reservoir (which remains unknown) and infected people in several African countries. This map shows the distribution of the Ebola virus in Africa since its discovery in 1976.

Ebola Virus Outbreaks by Species and Size, Since 1976 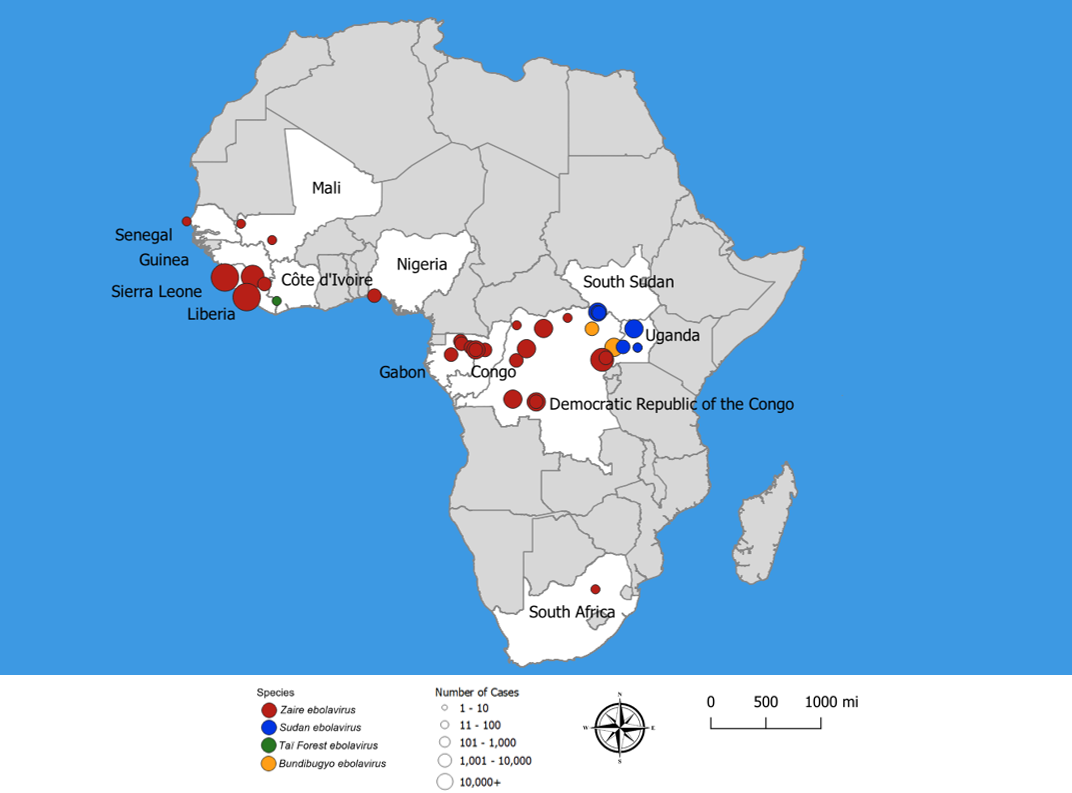 Zaire ebolavirus, Bundibugyo ebolavirus, and Sudan ebolavirus are the three species of Ebola virus responsible for the larger outbreaks in Africa. Zaire ebolavirus is the most fatal Ebola virus. It was associated with the 2014-2016 outbreak in West Africa, the largest Ebola outbreak to date with more than 28,600 cases, as well as the 2018-2020 outbreak in Democratic Republic of Congo (DRC), where a small number of cases associated with this outbreak were reported in Uganda. Other large outbreaks of Zaire ebolavirus have resulted in hundreds of cases in DRC and Gabon. Smaller outbreaks of this species have also occurred in DRC and Gabon, as well as the Republic of the Congo and South Africa. Sudan ebolavirus, with a fatality rate of 50 percent, has been the cause of several outbreaks in Uganda and others near the border between South Sudan and DRC. Bundibugyo ebolavirus, discovered in 2007, was associated with two outbreaks, one in DRC and the other on the border of DRC and Uganda. Taï Forest ebolavirus was the cause of one case identified in Côte d’Ivoire.