On May 3, 2021, the DRC Ministry of Health and WHO declared the end of the Ebola outbreak in North Kivu Province. Visit the Ebola Outbreak section for information on past Ebola outbreaks.

On February 7, 2021 the Ministry of Health (MOH) in the Democratic Republic of the Congo (DRC) announced that a case of Ebola virus disease (EVD) had been confirmed in Biena Health Zone, North Kivu Province. Subsequent cases were confirmed. North Kivu was previously affected by EVD during the 2018-2020 Ebola outbreak, the largest in DRC’s history, which was declared over on June 25, 2020.

Sequencing of samples suggests that cases in this outbreak were linked to cases in the area during the 2018–2020 outbreak and likely caused by a persistent infection in a survivor that led to either a relapse or sexual transmission of the virus.

On May 3, 2021, after reaching 42 days (two incubation periods) with no new cases after the last survivor tested negative and was released from the Ebola treatment center, the DRC MOH and World Health Organization (WHO) announced the outbreak was over. In total, 12 cases (probable and confirmed) and 6 deaths were reported. The outbreak was followed by 90 days of additional Ebola surveillance to ensure that any new cases were quickly detected and responded to. This period concluded in August 2021.

CDC worked with the MOH, WHO, and partners to implement response activities to stop the spread of the virus and end the outbreak.

Ebola Communication and Awareness Resources for Congolese healthcare workers and communities are available. 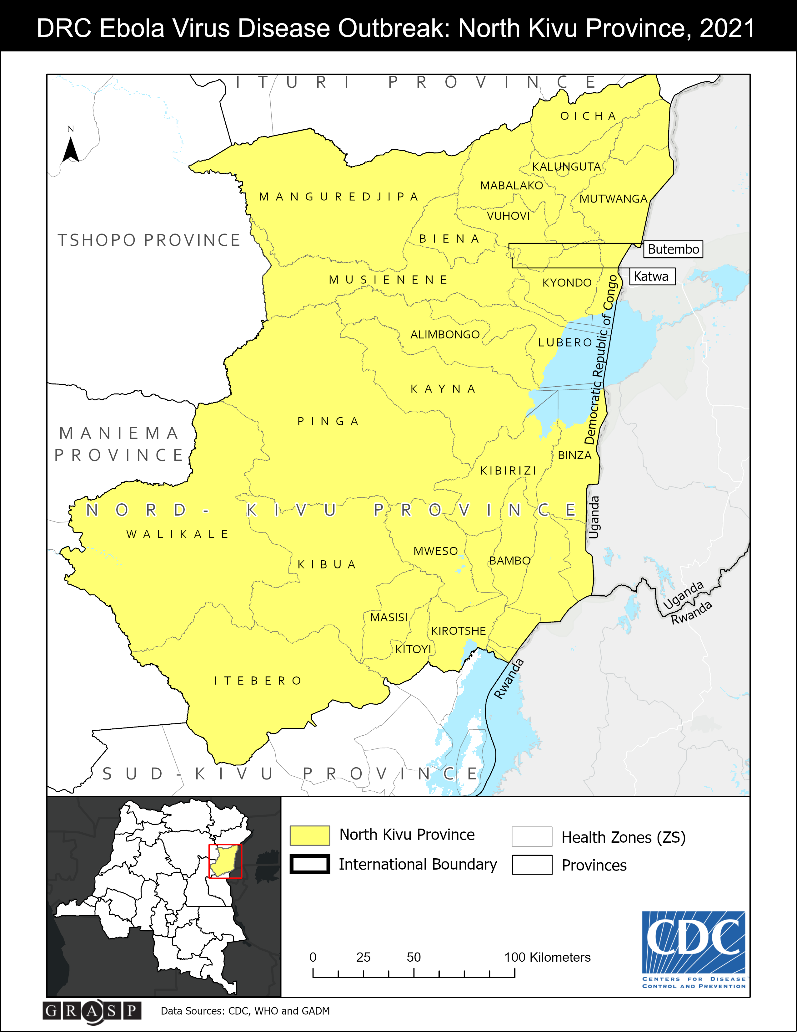