On May 11, 2017, the Ministry of Public Health of the Democratic Republic of the Congo notified international public health agencies of a cluster of suspected cases of Ebola Virus Disease (EVD) in the Likati health zone of the province of Bas Uélé. The first report mentioned 8 suspected cases, including two deaths, with a third death reported on May 12. Testing of samples was conducted by the Institut National de Recherche Biomedicale (INRB) in Kinshasa, with two samples testing positive for Ebola Zaire by reverse transcription polymerase chain reaction (RT-PCR) test. Teams from international agencies, including CDC, WHO, MSF (Doctors without Borders), and others, supported the Ministry of Public Health’s epidemiologic, diagnostic, clinical, and communications efforts to respond to the outbreak. The response faced challenging logistical obstacles, including the remoteness of the area and limited services. Mobile diagnostic laboratories provided testing of samples in the affected areas. Following a period of 42 days since the second negative laboratory diagnostic test of the last confirmed patient, WHO declared an end to the outbreak on July 2, 2017. 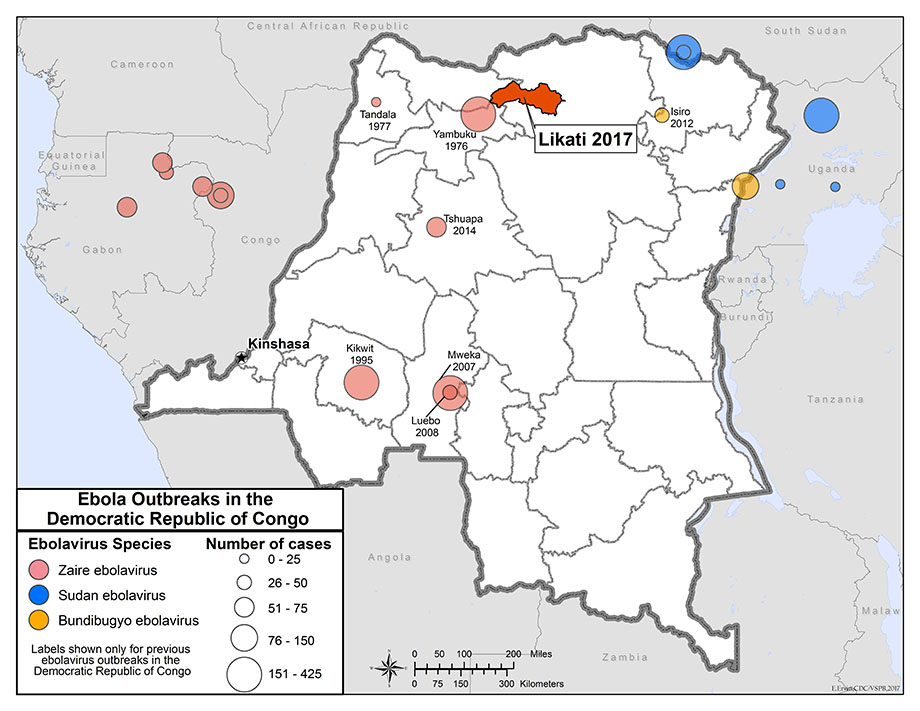