At age 33, Rebecca was diagnosed with depression. She smoked frequently when she felt depressed because she thought smoking might help her cope with her feelings. Rebecca felt ashamed when she smoked, so when she tried to quit and couldn’t, she felt even more depressed. “That was just a vicious, vicious cycle,” she said. To break the cycle, Rebecca knew she had to get care for her depression and quit smoking for good.

Rebecca also lost some teeth as a result of gum disease, which can be caused by smoking. This further strengthened her resolve to lead a healthy lifestyle. Rebecca finally quit smoking, and she feels better—both mentally and physically. Rebecca is proud of her accomplishment. “It’s about taking control and knowing where you want to be in your life.”

A native of Texas, Rebecca, age 57, started smoking menthol cigarettes as a teenager. Members of her family smoked heavily, which influenced her to start smoking. “I grew up in an environment where everyone around me smoked. As a 16-year-old trying to find my way, I just picked it up,” she said. 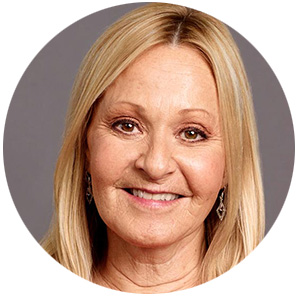 Like many people who have quit smoking, Rebecca’s journey to quitting was a bumpy one. She quit smoking for 7 months in 2002 but went back to smoking while struggling through a divorce. She became depressed and turned to cigarettes again, thinking that they might help her cope with her feelings. Instead, she felt worse. “I went back to this self-defeating addiction. That was just a vicious, vicious cycle,” said Rebecca.

Rebecca’s struggle with depression wasn’t the only reason she wanted to quit smoking. Her father died after having a serious smoking-related heart attack. “I watched a lot of my family members who were smokers deteriorate; literally, their bodies would deteriorate as they grew older. So when it started happening to me, I was hit in the face with reality.” Rebecca knew her health was in jeopardy when she developed severe gum disease, a risk for people who smoke. She needed major dental work—including bone grafts and eventually dental implants—to restore her missing teeth.

Rebecca decided to stop smoking when her grandson was born. She wanted to be a good role model and never smoke around him. So, she stopped smoking cigarettes and committed herself to a healthier lifestyle, including getting care for her depression. “I finally realized I had to look to myself for my own happiness and health. I had to quit,” she said.

Since quitting smoking, Rebecca has a new outlook on life. She began running while taking her grandson along for a ride in his stroller. This helped her to manage stress and depression and to stay smokefree. Six months after starting to run, Rebecca ran her first 5K. “I actually placed third place in my age group. That gave me the confidence to keep going,” she said.

As Rebecca started enjoying life free of tobacco use, she felt encouraged by the positive changes and progress she’s made. She discovered that she doesn’t need cigarettes to cope with her feelings, even when life may get her down. “Running became the way I felt better. When I have a bad day or feel a little stressed out, I just go for a run and I’m back on track.”

Rebecca was so excited about her fresh start that she completed a personal training certification course, which helped her learn even more about taking good care of her health. “I learned that I have the power to change. It is all within me,” said Rebecca.

As for cigarettes, Rebecca encourages other people to quit smoking. “It’s about taking control of your life and where you want to be in your life.” 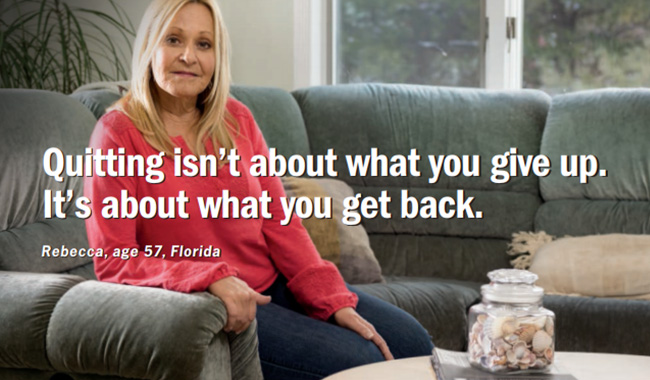 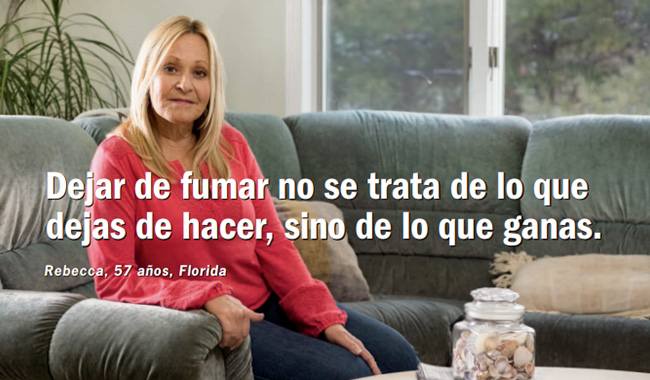 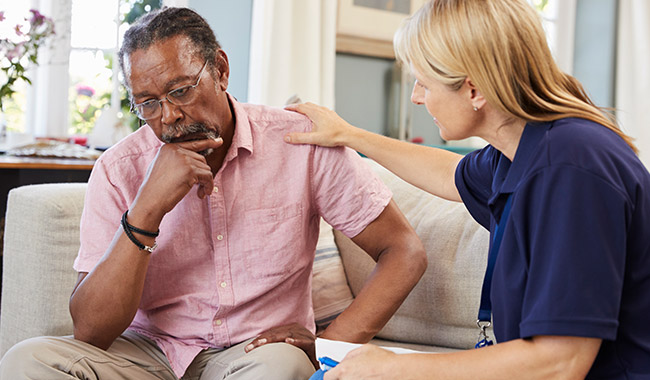 Depression
Get the Facts