Hispanic and Latino People and Commercial Tobacco Use: Health Disparities and Ways to Advance Health Equity 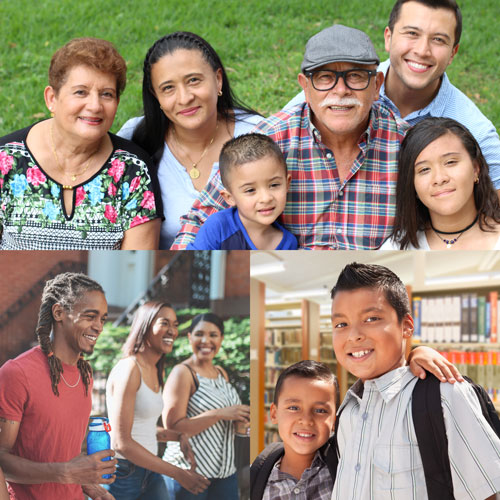 Everyone deserves a fair and just opportunity to be as healthy as possible. This is called health equity. Achieving health equity means addressing systemwide problems, unfair practices, and unjust conditions that have a negative impact on the health of specific groups. In order to achieve health equity, we work to eliminate health disparities. Health disparities are differences in health outcomes that are closely linked with social, economic, and/or environmental factors, that affect Hispanic/Latino people.†  To improve health equity, we must consider the role of commercial tobacco.*

How Hispanic/Latino people experience a health burden from commercial tobacco

How they harm Hispanic/Latino people and drive health disparities

†On this page, the terms “Latinx” and “Hispanic/Latinx” are used interchangeably with “Hispanic” and “Latino.” Consistent with definition provided by the Office of Management and Budget, the terms “Hispanic” or “Latino” refer to a person or persons of Cuban, Mexican, Puerto Rican, South or Central American, or other Spanish culture or origin, regardless of race. The term “Latinx” is an inclusive term used to refer to people of Latin American descent and encompasses those who don’t identify as male or female or don’t want to be identified by gender. When single terms such as “Hispanic” or “Latino” are used on this page, this corresponds with how the terms were used in specific published research studies.

*“Commercial tobacco” means harmful products that are made and sold by tobacco companies. It does not include “traditional tobacco” used by Native Americans for religious or ceremonial purposes.