Fewer people now smoke cigarettes than in the past, but the percentage of people from certain population groups who smoke menthol cigarettes has either increased or remains unchanged.1 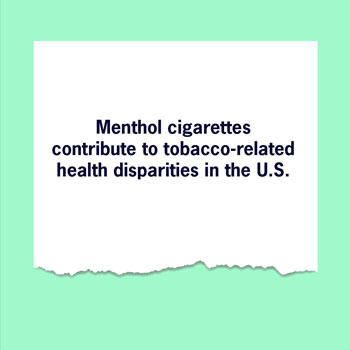 Black People
Did You Know?

It is estimated that approximately 40% of excess deaths due to menthol cigarette smoking in the U.S. between 1980 - 2018 were those of African Americans, despite African Americans making up only about 12% of the U.S. population.15

Some groups also are more likely than other groups to smoke menthol cigarettes.

Additional studies of tobacco product use are needed to assess menthol cigarette use among people of different racial and ethnic minority population groups, and among people who may belong to more than one group. However, we know that: