Everyone deserves a fair and just opportunity to be as healthy as possible. This is called health equity. Achieving health equity means addressing systemwide problems, unfair practices, and unjust conditions that have a negative impact on the health of specific groups. In order to achieve health equity, we work to eliminate health disparities. Health disparities are differences in health outcomes that are closely linked with social, economic, and/or environmental factors, that affect American Indian and Alaska Native (AI/AN) people. * To improve health equity, we must consider the role of commercial tobacco † or tobacco that is not used for sacred or ceremonial purposes. 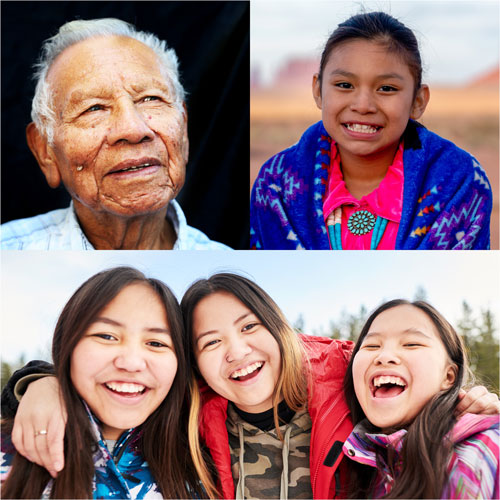 To understand this issue, first it is important to highlight the difference between the two types of tobacco that may be used by AI/AN people. Making a distinction between traditional tobacco and commercial tobacco means respecting sacred, religious, and traditional use of the tobacco plant, an important part of the culture for many AI/AN people. 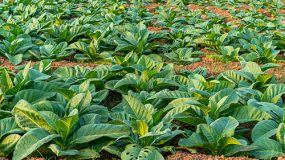 Traditional Tobacco: Tobacco and/or other plant mixtures that are grown or harvested with no added chemicals and have been used by American Indian nations for centuries as a medicine with cultural and spiritual importance. Tribal teachings address tobacco in its purest form, today known as the tobacco plant Nicotiana rustica, which is sometimes used in mixtures with other native plants.

Traditional tobacco preparation and use varies across tribes and regions, and is uncommon among Alaska Native people. In some tribal cultures, the roles of growing, harvesting, and preparing traditional tobacco are held by specific groups of people who use traditional ways to prepare tobacco for a specific use.

Learn more about traditional tobacco at the Keep it Sacred website. 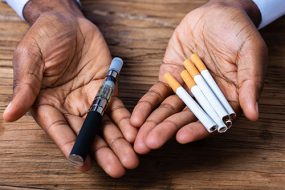 Commercial/Manufactured Tobacco: Tobacco products made by companies and sold in stores and online. These products include harmful chemicals, cause death, disease, and disability, and are sold for profit.

*Terminology for population groups including “Native American/Alaska Native” and “Native American” are used interchangeably to reflect use of these terms specific to published research and among people. American Indian/Alaska Native is defined by the Office of Management and Budget as “a person having origins in any of the original peoples of North and South America (including Central America), and who maintains tribal affiliation or community attachment.” There are approximately 6.9 million American Indian/Alaska Native people in the United States.2

†“Commercial tobacco” means harmful products that are made and sold by tobacco companies. It does not include “traditional tobacco” used by Native American people for religious or ceremonial purposes.