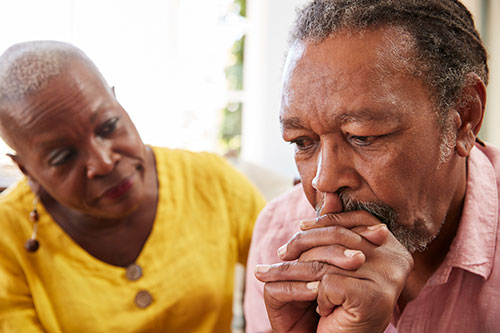 People with behavioral health conditions have also been harmed by unjust practices related to the sale of commercial tobacco.

People with behavioral health conditions have also been harmed by unjust practices related to the sale of commercial tobacco*.5

People with behavioral health conditions have also been harmed by unjust practices related to the sale of commercial tobacco.

Tobacco companies have created marketing plans that target population groups, including people who use illicit substances. One example was “Project SCUM” (Sub-Culture Urban Marketing), a 1990’s marketing strategy that attempted to co-brand tobacco as part of drug culture through product placement in shops that sold related paraphernalia.17

People with behavioral health conditions have also experienced discrimination and harm from systems meant to protect and improve health and well-being, including health care and medical science.

There are also current reasons—like the ones explored below—that help explain why commercial tobacco affects the health of people with behavioral health conditions.

Tobacco companies spend billions of dollars each year to aggressively market their products. They also target specific populations, including people who have behavioral health conditions, with commercial tobacco advertising.17 For example:

To help protect people with behavioral health conditions from tobacco marketing and discourage tobacco use, states and communities could consider increasing prices and prohibiting price discounts, prohibiting the sale of flavored tobacco products, and either allowing fewer stores in a neighborhood to sell commercial tobacco products or prohibiting tobacco product sales altogether.27

*“Commercial tobacco” means harmful products that are made and sold by tobacco companies. It does not include “traditional tobacco” used by Indigenous groups for religious or ceremonial purposes.
Next Section: Commercial Tobacco Product Use and Behavioral Health Conditions Can Affect Each Other >
Top of Page
Page last reviewed: June 27, 2022
Content source: Office on Smoking and Health, National Center for Chronic Disease Prevention and Health Promotion
Social_govd Get Email Updates