Everyone deserves a fair and just opportunity to be as healthy as possible. This is called health equity. Achieving health equity means addressing system-wide problems, unfair practices, and unjust conditions that have a negative impact on the health of specific groups. In order to achieve health equity, we work to eliminate health disparities. Heath disparities are differences in health outcomes that are closely linked with social, economic, and/or environmental factors.

To improve health equity for Asian, Native Hawaiian and Pacific Islander (A/NH/PI†) people we must consider the role of commercial tobacco.* 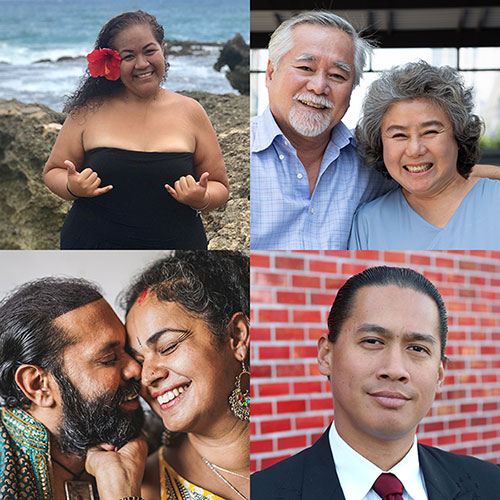 How Asian, Native Hawaiian, and Pacific Islander people encounter these barriers and strategies that can be used to help quit smoking

†Terminology for population groups, including “Asian/, Native Hawaiian, Pacific Islanders” and “Asian /Pacific Islanders” are used interchangeably on this page. Per the Census Bureau, the term “Asian” refers to all individuals who identify with one or more nationalities or ethnic groups originating in the Far East, Southeast Asia, or the Indian subcontinent. Examples of these groups include, but are not limited to, Chinese, Filipino, Asian Indian, Vietnamese, Korean, and Japanese. The category also includes groups including, but not limited to Pakistani, Cambodian, Hmong, Thai, Bengali, Mien populations.  “Native Hawaiian or Pacific Islanders” or “Pacific Islanders” refer to a person or persons having origins in any of the original peoples of Hawaii, Guam, Tonga, Samoa, Fiji, New Zealand and the Marshalls or other Pacific Islands.

*“Commercial tobacco” means harmful products that are made and sold by tobacco companies. It does not include “traditional tobacco” used by Indigenous groups for religious or ceremonial purposes.
Page last reviewed: June 27, 2022
Content source: Office on Smoking and Health, National Center for Chronic Disease Prevention and Health Promotion
Social_govd Get Email Updates