Since 2010, FoodCORE centers have used targeted resources to improve capacity for foodborne disease surveillance, detection, and response activities at the state and local level. These resources ensure that: public health departments and laboratories are equipped with supplies and current diagnostic technologies; enteric pathogen surveillance data are routinely collected and transmitted; staff are hired; and the workforce receives training to perform core functions and learn advanced skills.

While their efforts primarily focus on foodborne outbreaks caused by Salmonella, Shiga toxin-producing Escherichia coli, and Listeria, the centers’ improved capacity has successfully aided in the response to enteric disease outbreaks from other sources, such as waterborne and zoonotic outbreaks, and outbreaks from other enteric pathogens. The following are examples of how four FoodCORE centers utilized existing capacity from FoodCORE to help tackle a variety of situations.

Colorado builds a foundation for success through training and team collaboration 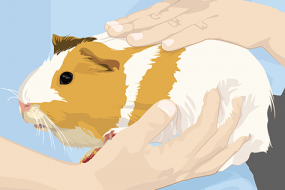 CDPHE epidemiology and laboratory staff work together on a variety of outbreaks where communication regarding proper collection of specimens and coordination of specimen testing are needed for a successful and efficient investigation. In December 2017, CDPHE detected an increase in the number of Salmonella Enteritidis cases which were shared to a common pulsed-field gel electrophoresis (PFGE) pattern. PFGE patterns are often used as DNA fingerprints to identify possible outbreaks, but this is more difficult when the pattern is common. WGS showed that two of these cases were closely related genetically. Both cases had acquired guinea pigs before illness onset from different locations of the same chain of pet supply stores. CDPHE staff, including FoodCORE team members, reviewed surveillance data and then initiated an investigation, which revealed that guinea pig exposure was uncommon among Salmonella cases. While stool samples from a case’s guinea pigs yielded negative results at the CDPHE Laboratory, this investigation led to the detection of a multistate outbreak of Salmonella Enteritidis linked to pet guinea pigs.

CDPHE’s commitment to training and building strong relationships before an outbreak occurs ensures that partners can work together successfully and efficiently. Together, epidemiology and laboratory staff used surveillance data and new laboratory testing techniques, such as WGS, to detect smaller clusters of illness and link the illnesses to rare, non-foodborne exposures.

In March 2017, the New York City Health Department noted five cases of hepatitis A virus (HAV) among men who have sex with men (MSM), twice the number of cases in MSM reported in a typical year. By January 2018, the outbreak included 77 MSM patients and one female patient reporting sexual contact with a bisexual male.

The New York City Health Department launched a comprehensive investigation to control the expanding outbreak. Investigators, including FoodCORE team members, routinely asked providers and patients about MSM status and sexual behaviors during all case investigations and quickly worked with CDC to arrange for genetic testing to identify links among cases in the United States and to outbreaks in other countries.

Hepatitis A is a vaccine-preventable illness, so creating actionable and targeted public health messaging became a top priority. Investigators prioritized outreach to the medical community through office visits and health alerts urging providers to vaccinate MSM with the hepatitis A vaccine to prevent additional illnesses. They also issued press releases and launched a targeted marketing campaign during Pride Month and in the fall to encourage MSM to see their doctor or visit a health clinic to get the hepatitis A vaccine. Finally, the New York City Health Department published a report in CDC’s Morbidity and Mortality Weekly Report to share recommendations and lessons learned with the scientific community.

The New York City Health Department promoted educational messages through social media and at bars, clubs, and at Pride Month events encouraging men who have sex with men to get the hepatitis A vaccine.

Improvements in the timeliness and completeness of patient interviews and routine surveillance of enteric illnesses helped the New York City FoodCORE team quickly respond to an increase in reported HAV infections in MSM, which prompted them to reinforce longstanding recommendations to prevent more people from getting sick.

In September 2017, members of the FoodCORE team at the Ohio Department of Health (ODH) joined a multistate outbreak investigation of Campylobacter infections associated with pet store puppies. By January 30, 2018, ODH identified 32 cases associated with this outbreak. Nationally, 113 cases across 17 states were identified. 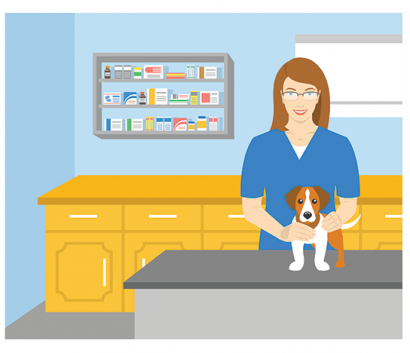 ODH worked closely with the Ohio Department of Agriculture to identify and test isolates from humans and puppies using PFGE and WGS. Through WGS, scientists showed that human isolates from people with Campylobacter infections were closely related genetically, which meant that ill people in this outbreak were more likely to share a common source of infection. Additionally, WGS showed the relatedness of human and puppy isolates associated with this outbreak. WGS was also used to predict antimicrobial susceptibility.

Improvements in Ohio’s capacity to conduct public health laboratory surveillance helped investigators link cases of illness in Ohio and across the United States. Using WGS, scientists were able to show that isolates associated with the outbreak were multi-drug resistant. This led to important discussions on the appropriate use of antibiotics in dogs and public health messaging around proper hygiene and responsible use of antibiotics in animals. Guidance was developed for pet owners, pet stores and their workers, healthcare providers, and veterinarians, and included information about the safe use of antibiotics in puppies and care and treatment of people affected by this outbreak.

Utah’s FoodCORE team supports response to a hepatitis A outbreak

In May 2017, the Utah Department of Health (UDOH) was notified of a case of hepatitis A infection in a homeless man.  They continued to identify additional cases, and by April 9, 2018, Utah identified 218 outbreak-related cases, well above the five to ten cases seen in a typical year.

This fast-growing outbreak placed a major burden on local health department staff who needed to identify, contact, and provide post-exposure prophylaxis (PEP) to contacts of cases to prevent them from getting sick. Many patients were homeless and/or drug users and especially vulnerable to complications from HAV infection due to poor health and potential co-infection with hepatitis B and C. Additionally, many of them did not own phones and moved constantly, placing a strain on time and resources for finding cases and contacts. Several patients associated with this outbreak worked as food handlers, lived in institutional settings, or were incarcerated. During the outbreak, five public notifications about infected food handlers were issued affecting over 10,000 potentially exposed consumers.

UDOH staff, including members of the Utah FoodCORE Team, made over 2,080 calls in 15 business hours. Over 40 volunteers assisted in the investigation, averaging 35 calls each.

UDOH uses FoodCORE resources to hire, train, and retain personnel who can assist in case interviews, perform data entry, and provide surge capacity to local health departments during outbreak responses. The resulting enhanced epidemiologic capacity at UDOH contributed to a successful response to this large and fast-paced outbreak.