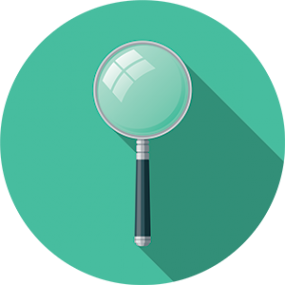 Since 1998, the Minnesota Department of Health (MDH) has maintained a telephone hotline for consumers to report suspected foodborne and waterborne illness. Recently, MDH added a web-based form for reporting complaints. This web-based reporting form has allowed MDH to identify outbreaks that they may not have identified otherwise.

During early August 2018, MDH received four independent complaints of gastrointestinal illness through their web-based reporting form. Each complainant reported a different establishment as the suspected cause of illness; however, after reviewing each individual’s four-day food history, MDH epidemiologists noted that everyone had eaten food from the same restaurant before illness and consumption of garden salad appeared to be associated with illness. MDH also identified five employees that reported recent gastrointestinal illness, three of whom worked while ill. Overall, 18 cases were identified as part of this outbreak and three of the 18 cases tested positive for norovirus.

In 2018, MDH identified 60% of foodborne outbreaks through its complaint system. That same year, complaints using the web-based form accounted for approximately 30% of the food-related complaints received. It has also allowed consumers to report complaints during non-business hours; therefore, allowing public health investigators to receive consumer complaints sooner. The median time from symptom onset to complaint is less than a day and complainants generally provide the same number of restaurants in their food history and report similar symptoms, regardless of whether they reported their complaint through the phone or online.

MDH encourages the public to report complaints of suspected foodborne illness in a timely manner by calling 1-877-FOOD-ILL (1-877-366-3455), emailing health.foodill@state.mn.us, or filling out the online formexternal icon.

What is a complaint system?

A complaint system allows public health agencies to collect information from the public about their foodborne illness complaints through established telephone hotline or web-based reporting systems.

In 2013, the Utah Department of Health (UDOH) launched iGotSick, a centralized, web-based foodborne illness complaint system that allows local health departments to easily share information and document follow-up activity in a consistent and standardized way. iGotSick can identify cases associated with known outbreaks that were not reported through other means and identify outbreaks and foster information-sharing across jurisdictions during outbreaks. 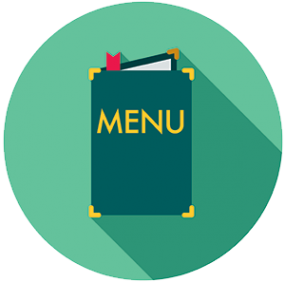 A local facility reported that several employees became ill with nausea, vomiting, and diarrhea following an event that was catered by a local restaurant.  The local health department began an investigation which identified additional illnesses among participants of other events catered by the same restaurant. Within days of identification of the outbreak, a total of 14 restaurant patrons reported similar illnesses to iGotSick. The local health department released a media statement to notify the public and direct ill consumers to file complaints through iGotSick which freed up time for health department staff to focus on the outbreak investigation. An inspection of the restaurant identified several critical violations, including multiple ill food handlers and improper food handling. The restaurant was temporarily closed until all violations were addressed. Overall, four confirmed and 152 probable norovirus cases were identified as part of this outbreak.

UDOH encourages the public to report their illness if they think they got sick from something they ate through iGotSickexternal icon.

Identify outbreaks and foster information sharing across jurisdictions during outbreaks

UDOH received several iGotSick complaints from residents of different counties (including two out-of-state residents) who attended a national conference in Utah. The venues for the conference were held in two different jurisdictions. Several of the ill conference attendees named a local food establishment that operated in one county but had a temporary permit for catering in a different jurisdiction. UDOH quickly disseminated the reports to each county’s local health department ensuring rapid case investigations and response. The local health department where the facility was based conducted a critical item inspection and found potentially hazardous foods being held at improper temperatures. No cause of illness was confirmed but the cooling and storing of food was addressed and corrected likely preventing additional illnesses.

Tennessee’s centralized foodborne complaint system identified a local outbreak that turned out to be a multistate, multi-agency outbreak investigation 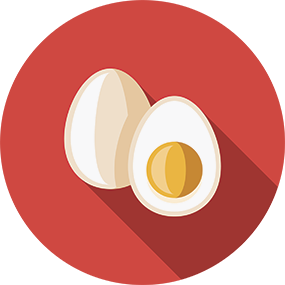 In 2018, the Metro Public Health Department (MPHD), a local health department in Tennessee, received a complaint from a patron who consumed a meal at a popular Nashville restaurant. Upon notification, MPHD immediately launched an investigation, gathered a symptom and 48-hour food history, and documented additional exposures. Within one day, MPHD received an additional complaint of illness in three patrons who ate at the same Nashville restaurant. Using their complaint database, investigators were able to establish an epidemiologic link to a common restaurant, identify food items as a suspected cause of illness, and initiate an outbreak investigation with the Tennessee Department of Health (TDH).

Working together, environmental health, epidemiology, and laboratory staff compiled evidence that indicated that cases in this outbreak became infected with Salmonella Enteritidis as a result of eating undercooked eggs in a short rib gnocchi dish served at the Nashville restaurant. Investigators rapidly implemented control measures to prevent additional illnesses, including training employees on food safety practices, temporarily removing the entrée from the menu, and substituting ingredients to make the dish safe. Meanwhile, collaborative investigation showed the eggs traced back to a farm in Alabama that distributed locally sourced, cage-free eggs to restaurants and retail locations in Tennessee, Alabama, and Georgia.

Tennessee encourages the public to report their complaints through a restaurant complaint/foodborne illness hotlineexternal icon.

What initially started as a local outbreak in Tennessee resulted in a multistate, multi-agency outbreak investigation of Salmonella infections linked to shell eggs that led to a recall. Overall, 25 laboratory-confirmed and 14 probable cases in Tennessee were identified as part of this outbreak. TDH’s centralized foodborne complaint system served a key role in quickly detecting the outbreak and linking multiple independent complaints to a common restaurant, allowing public health to rapidly respond.

Fast and effective outbreak investigations are needed to identify and remove contaminated food from the market to prevent additional illnesses. Complaint systems can shorten the time between illnesses and reporting to public health, resulting in faster investigations and follow-up. The examples from Minnesota, Utah, and Tennessee show that using information collected through foodborne illness complaint systems can help determine a likely etiology or establishment as the source of illnesses, recognize similar illnesses or common exposures, conduct follow-up in a timely manner, and evaluate risk to public health to implement control measures to prevent more people from getting sick.