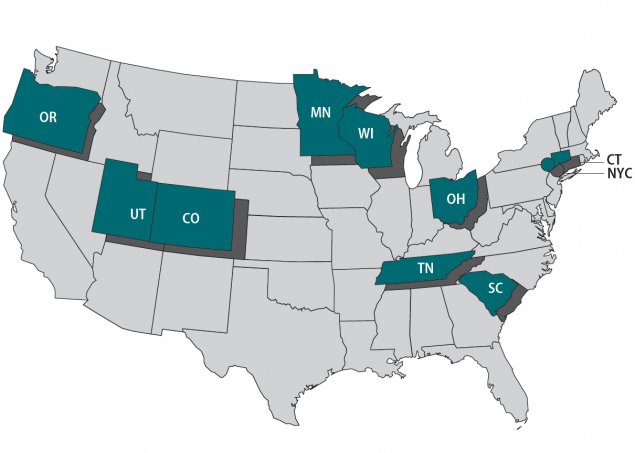 In Year Eight, the FoodCORE centers revised the Initial Case-patient Interviewing Model Practice. This model practice, originally posted to the FoodCORE website in 2014, describes the methods used by FoodCORE centers to gather detailed exposure histories from case-patients. Since the document was first written, new investigation methods have emerged. The 2018 version of this model practice expanded the section on reaching case-patients to include texting and the use of online questionnaires. These newer methods and the strategies described in the original document have allowed FoodCORE centers to attempt interviews with nearly all case-patients and reduce the proportion of cases that are lost to follow up.

While their efforts primarily focus on foodborne outbreaks, FoodCORE centers’ enhanced capacity has successfully aided in the response to outbreaks related to other sources and etiologies. One success story highlighted two zoonotic outbreaks in FoodCORE centers – a turtle-associated outbreak in Ohio and a goat-associated outbreak in Connecticut. Another success story highlighted Colorado, New York City, Ohio, and Utah all supporting non-foodborne outbreaks. They investigated outbreaks spread by animals, sexual contact, and throughout a community that included individuals experiencing homelessness.

In January 2018, whole genome sequencing (WGS) became the standard subtyping method supported by PulseNet for Listeria isolates. FoodCORE centers prepared for the transition and sequenced 100% of their Listeria isolates in 2018.  In 2019, WGS will become the standard subtyping method for Escherichia coli, Shigella, and Salmonella. FoodCORE metrics will measure this transition and the impact of WGS on timeliness and completeness of subtyping as well as cluster and outbreak detection.

To share all of these great successes, FoodCORE staff at CDC and FoodCORE centers presented at several meetings and conferences, including the International Conference on Emerging Infectious Diseases and the Council for State and Territorial Epidemiologists Annual Conference.

Centers report metrics twice a year to document changes resulting from targeted FoodCORE resources. Metrics for Salmonella, Shiga toxin-producing Escherichia coli (STEC), and Listeria (SSL) have been collected since late 2010. Metrics for norovirus, other etiologies, and unknown etiology (NOU) investigations have been collected since 2012. The metrics collected by FoodCORE centers are revised as needed to best meet program goals. See below for figures and graphs for selected metrics. Information on all of the metrics and complete data tables are available on the FoodCORE website.

Since Year 6, FoodCORE centers have increased the proportion of Salmonella, STEC, and Listeria primary isolates with WGS results.

To evaluate the timeliness and completeness of WGS, FoodCORE centers pilot-tested a set of expanded SSL metrics in Year 6. Centers reported on the expanded metrics in Year 6 and in following years. Download and view chart data excel icon[XLS – 38.5 KB]. 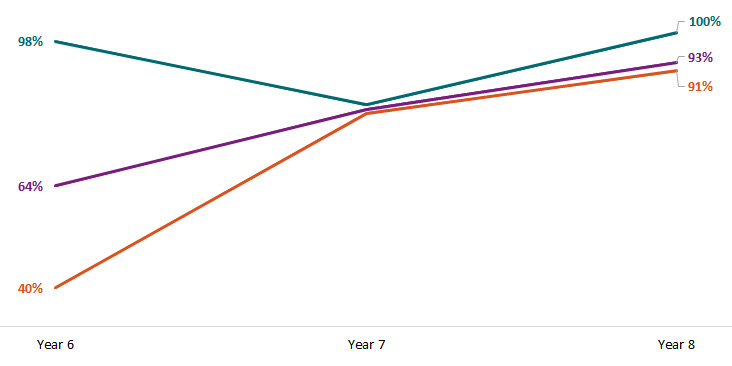 From Year 7 to Year 8, FoodCORE centers reduced the time* from Salmonella, STEC, and Listeria isolate receipt (or recovery) at the public health lab to WGS sequence being shared with the national database. 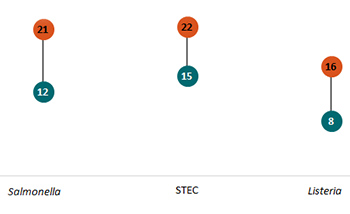 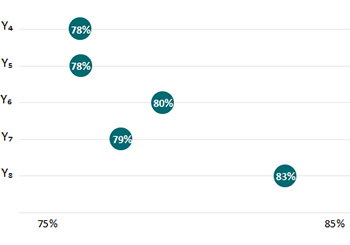 In Year 8, the time* to attempt and complete interviews for Salmonella, STEC, and Listeria was under 2 days and 4 days, respectively.

Center-specific Accomplishments and Investigations in Year 8

Colorado expanded FoodCORE capacity to additional counties in Year Eight, utilizing regional interviewers housed at local public health agencies. By expanding FoodCORE to more counties, Colorado has fewer, skilled interviewers conducting Salmonella and STEC case investigations. Interviewing case-patients about where and what they ate before they got sick is critical to hypothesis generation during an outbreak investigation.

Connecticut responded to a large norovirus outbreak at a university that was complicated by a water main break, making campus water unusable for washing hands. This investigation highlighted surge capacity provided by FoodCORE students to interview food workers.

New York City was part of a multistate outbreak of Salmonella Concord infections associated with tahini products from Israel that resulted in eight cases in four states, including two NYC residents. NYC investigators collected records and food samples at a restaurant where ill people ate, and the outbreak strain was isolated from samples of tahini, which led to a recall. Using WGS, investigators were able to show that S. Concord cases were highly related, and that the Salmonella strain identified in the tahini products were closely related to clinical isolates from ill people.

Oregon conducted extensive product traceback and environmental testing at a retail location during the multistate outbreak of Salmonella infections linked to kratom from several strains, which led to the first mandatory recall of kratom issued by the Food and Drug Administration. Several other recalls occurred in response to this outbreak, and Oregon continues to test leftover products from cases. As recently as February 2019, Oregon collected positive samples that led to an additional recall.

Tennessee investigated an outbreak of E.coli O157:H7 infections associated with consumption of raw milk purchased through a cow share program. This outbreak resulted in the hospitalization of seven children, six of them with hemolytic uremic syndrome. In addition to standard public notification methods including phone calls and press releases, Tennessee Department of Health used the Tennessee Health Alert Network for the first time to send mass text messages to cow share participants to conduct case finding, urge them to discard the contaminated products, and seek medical attention if they are ill.

Utah investigated 97 outbreaks in 2018, the highest amount the state has ever investigated in one year. One of these included the multistate, multi-serotype outbreak of Salmonella infections associated with kratom. The Utah Public Health Laboratory successfully isolated an outbreak strain of Salmonella from kratom product purchased in Utah, which provided laboratory evidence of product contamination.

Wisconsin was part of a multistate outbreak of Salmonella Montevideo infections linked to raw sprouts served at chain restaurants that resulted in ten cases in three states. To reduce the risk of becoming ill, Wisconsin Department of Health requested that the restaurant locations in Wisconsin remove sprouts from their menu until the investigation was complete. Wisconsin Department of Agriculture conducted trace back from implicated Wisconsin facilities and National Environmental Assessment Reporting System (NEARS) assessments for each location linked to a case. Environmental assessments provide the information needed to recommend effective short and long-term interventions that stop ongoing foodborne outbreaks and prevent them in the future.

FoodCORE centers have demonstrated that targeted investments can improve the completeness and timeliness of outbreak response activities. They have strengthened their outbreak response programs to conduct faster, better, and more complete investigations, to ultimately help stop the spread of infectious diseases. Download a print version of the FoodCORE Year Eight Summary pdf icon[PDF – 683 KB]. 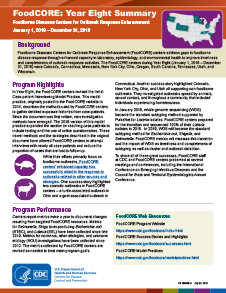