Many people enjoy interacting with animals. In fact, most US households own at least one pet. However, pet owners should be aware that their animal companions may carry germs (bacteria) that can make them sick. The diseases that are shared between animals and people are known as zoonotic diseases. It is hard to know which animals could be carrying zoonotic diseases, especially since animals carrying germs often look and act healthy and normal. FoodCORE centers work to quickly detect, investigate, respond to, and control zoonotic outbreaks, just as they do with other enteric disease outbreaks. 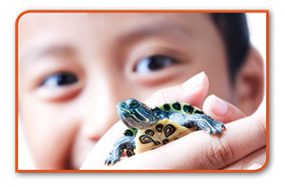 In Ohio, FoodCORE resources assisted in investigating a zoonotic outbreak of salmonellosis linked to exposure to pet turtles. The first case was a young boy who accidentally swallowed some water while attempting to clean his pet turtle’s tank. The boy’s mother knew that some animals can carry Salmonella, and when she was interviewed by Ohio, she said she was worried that his infection came from the pet turtle.

The link to turtles was not as easy to find with the second ill person identified. This person did not have a pet turtle, but the FoodCORE student interviewers in Ohio performed an in-depth interview and discovered that her grandchildren had a pet turtle that had stayed at her home for a short period of time. Even though she did not have direct contact with the turtle when it was at her home, the turtle could have contaminated surfaces in the home that she touched and became sick. Ohio educated the families on the prevention and control of Salmonella related to turtle ownership with the goal of preventing future illnesses.

While people of any age can get sick after handling tiny turtles, children under 5, adults over age 65 and people with weak immune systems are more susceptible.

Goats Aren’t Kidding Around in Connecticut 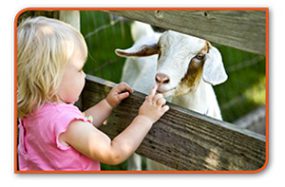 FoodCORE resources in Connecticut were also used to identify and stop an outbreak of Shiga toxin-producing Escherichia coli (STEC) infections. In the spring of 2016, a Connecticut farmer held several events where the public interacted with goats on the farm. Shortly after one of these events, FoodCORE student interviewers identified a cluster of ill people who had recently visited the goat farm. The FoodCORE student team played a critical role in providing epidemiological support for active case finding and interviewing. As part of a CDC Epi-Aid, four CDC staff worked with the Connecticut Department of Public Health (DPH), Department of Agriculture, and local health officials to investigate the outbreak.

Ways to Protect Yourself

Protect yourself, your family, and the animals on a farm by remembering to:

A comprehensive investigation at the farm uncovered a lack of hand washing stations and no signs encouraging hand washing after interacting with animals. In addition to the student interviewers, FoodCORE-supported laboratory capacity allowed for rapid collection and testing of a large volume of environmental samples submitted to the State Public Health Laboratory. This quick collaboration among several state and federal agencies and intervention from epidemiologists, laboratorians, and environmental health specialists prevented many illnesses.

In this STEC outbreak nearly 70% of the people who got sick were 5 years old or younger; this highlights the risks to young children from direct contact with animals and soiled bedding in the absence of infection prevention measures. Because of the risk for severe infection among young children (those 5 years old or younger), it is recommended that direct access to animals like goats, cattle, and sheep is limited. This outbreak also highlights the need to educate people about steps to take to help prevent illnesses.

Following this outbreak, Connecticut, along with partner organizations, developed a symposium entitled, Agritourism: Protecting Public Health, Animal health, and Your Farm for Local Farmer, for farmers to learn about animal safety and sanitation in the hopes of preventing a similar outbreak in the future. To promote public awareness of zoonotic disease transmission, Connecticut has developed a short video focusing on restricting direct access to ruminants for young children, the importance of supervising children under 5 years of age around animals, and enforcing handwashing.

It is hard to know which animals could make people sick, especially since animals carrying germs often look and act healthy and normal.

FoodCORE supports capacity for faster and more complete enteric disease outbreak response, including the response to zoonotic outbreaks. Investigating zoonotic outbreaks can be challenging, and the link to animal exposure may not be easy to identify. Providing recommendations and educational materials on the prevention of enteric zoonotic infections is critical to controlling outbreaks and preventing additional illnesses. These investigations also highlight the importance of collaboration across laboratory, epidemiology, and environmental health to quickly detect, investigate, respond to, and control outbreaks. 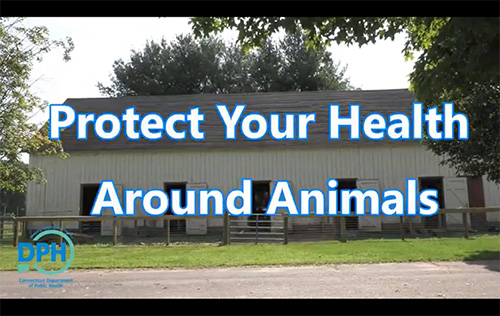