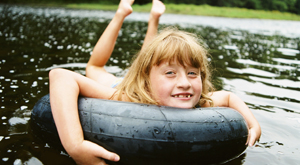 Imagine 8-year-old Susie* is enjoying her summer break when she suddenly becomes sick with stomach cramps and vomiting. Within hours, other members of her family also start getting sick with similar symptoms. Little do they know, there was a virus in the lake they swam at yesterday that has made them and hundreds of other swimmers sick.

In the summer of 2012, a Wisconsin lake was the site of an outbreak of gastrointestinal illnesses. Local public health officials at the Jackson County Health Department were quickly notified of these illnesses and started to investigate the situation. Early on, officials found that many of the sick people had been at the same outdoor recreation area the day before they got ill. They felt an urgency to rapidly identify a cause so they could keep more people from getting sick.

Disease detectives from the FoodCORE-funded Surveillance and Outbreak Support (SOS) Team at the Wisconsin Division of Public Health traveled to Jackson County to support the investigation. They helped the local health officials to quickly interview and analyze the data from nearly 300 people. They determined that exposure to lake water at the recreation area was the most likely cause of illnesses. It turns out, norovirus in the lake water had caused Susie and others to get sick—mystery solved.

This successful investigation identified a large waterborne norovirus outbreak and will lead to improvements at the lake, such as installing more hand hygiene stations and increasing staffing, to help prevent this type of outbreak from happening again.

*Susie is not a real person, but she represents one of the hundreds of vacationers who really did get sick.

“Because we have a small staff at our local health department, the added resources and expertise provided by the SOS Team were critical to helping us manage the outbreak and identify the water as the source of the infections.”