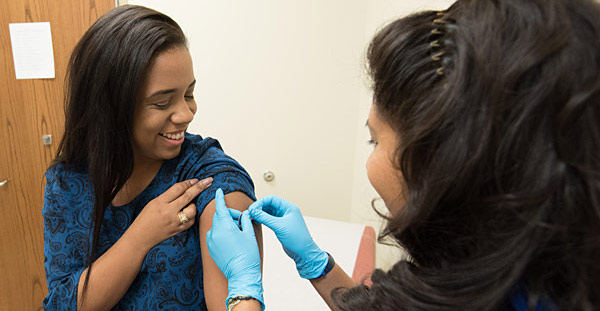 The 2017-2018, 2018-2019, and 2019-2020 season estimates are now considered final, however the 2021-2022 burden estimates are still preliminary and may change as more information for that season becomes available.  At this time, there are no plans to estimate the flu burden for the 2020-2021 season because there was very little flu activity across the United States.

CDC estimates that the burden of illness during the 2019–2020 season was moderate with an estimated 36 million people sick with flu, 16 million visits to a health care provider for flu, 390,000 hospitalizations for flu, and 25,000 flu deaths  (Table 1). The number of cases of flu-related illness, medically attended illnesses, hospitalizations, and deaths were lower than some more recent seasons and similar to other seasons where influenza A(H1N1)pdm09 viruses dominated (7, 8).

The 2019–2020 flu season was atypical in that it was severe for children aged 0-4 years where rates of infections, medically attended illnesses, hospitalizations, and deaths were higher than those observed during the 2017-2018 season, a recent season with high severity (7). The burden of flu and the rates of flu-related hospitalization are usually higher for the very young and the very old, and while this was observed during the 2019–2020 season, rates of hospitalization in adults aged 18-49 years were the highest seasonal rates seen since the 2017-2018 season (Table 2). These rates mean that an estimated 14 million cases of flu in younger adults (aged 18-49 years), which is the second highest number of infections for this age group since CDC began reporting flu burden estimates in the 2010-11 season.

CDC’s estimates of hospitalizations and mortality associated with the 2019–2020 flu season show the effects that flu virus infections can have on society. Nearly 46,000 hospitalizations occurred in children aged < 18 years and 81,000 hospitalizations among adults aged 18-49 years. Forty-four percent of hospitalizations occurred in older adults aged ≥65 years. Older adults also accounted for 63% of deaths, which is lower than recent previous seasons.  These findings continue to highlight that older adults are particularly vulnerable to severe disease with flu virus infection. An estimated 9,000 deaths (38% of all deaths) occurred among working age adults (aged 18–64 years), an age group for which flu vaccine coverage is often low (9). This also underscores that flu viruses can affect individuals of any age and prevention measures such as vaccination are important to reducing the impact of the seasonal epidemics on the population and healthcare system.

Deaths in children with laboratory-confirmed flu virus infection have been a reportable disease in the United States since 2004; 199 deaths were reported for the 2019-20 season as of May 27, 2021. However, flu-related pediatric deaths are likely under-reported, as not all children whose death was related to a flu virus infection may have been tested for flu (10,11). Therefore, we used a mathematical model to estimate the total number of pediatric deaths based on hospitalization rates and the frequency of death in and out of the hospital using death certificates. We estimate that an additional 489 deaths associated with flu occurred during the 2019-2020 season among children aged <18 years.

These estimates are subject to some limitations.

Estimates of burden were derived from rates of flu-related hospitalization, which is a different approach than the statistical models used in older published reports. This makes it difficult to directly compare our estimates for seasons since 2009 to those older reports, though the estimates from our current method are largely consistent with estimates produced with statistical models for similar years (12–13). However, it is useful to keep in mind that direct comparisons to flu disease burden decades ago are complicated by large differences in the age of the US population and the increasing number of adults aged ≥65 years.