What is Recombinant Flu Vaccine?

Recombinant influenza (flu) vaccines are produced using recombinant technology. This method does not require an egg-grown vaccine virus and does not use chicken eggs in the production process. Currently, the recombinant flu vaccine and the cell culture-based flu vaccine are the only egg-free flu vaccines licensed for use in the United States.

How does Recombinant flu vaccine differ from the other approved flu vaccines?

Recombinant flu vaccines do not use the flu virus or chicken eggs in the manufacturing process. See How Influenza (Flu) Vaccines Are Made for more information.

Who can get Flublok Quadrivalent?

Flublok Quadrivalent is licensed for use in people 18 years and older.

Who should not get Flublok Quadrivalent?

People who are not within the FDA-approved age range (those younger than 18 years) and who have had severe allergic reactions to any ingredient of the vaccine should not get Flublok Quadrivalent.

What are the possible benefits of recombinant flu vaccines?

Because it is not dependent on an egg supply, the recombinant flu vaccine manufacturing process might be faster than that of egg-based vaccines in the event of a pandemic or shortage of the eggs needed to grow flu viruses, and is not limited by the selection of vaccine viruses that are adapted for growth in eggs. This process also avoids changes that can occur when viruses are grown in eggs, which can sometimes affect the match between the vaccine virus and circulating viruses and thus how well the finished vaccine works.  Learn more about the recombinant flu vaccine manufacturing process on CDC’s How Flu Vaccines are Made web page.

On This Page
How Recombinant Flu Vaccines Are Made 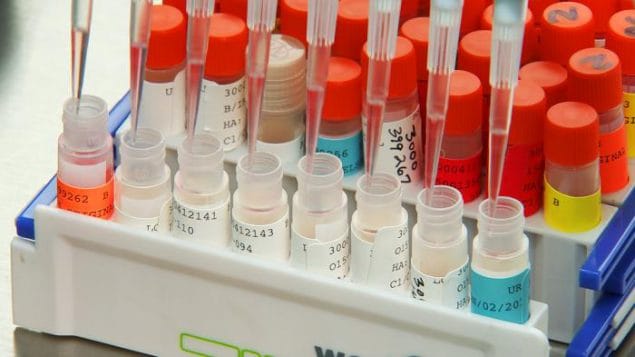 Recombinant flu vaccines production method does not require an egg-grown vaccine virus and does not use chicken eggs at all in the production process.

Is this vaccine safe? Are there any side effects that could occur?

In clinical studies, the safety of recombinant flu vaccines was comparable to that of other injectable flu vaccines.  The most common side effects reported after receipt of Flublok Quadrivalent were similar to those reported for other injectable vaccines and include pain and tenderness at the injection site, headache, fatigue, and muscle or joint aches.

People with egg allergies can receive any licensed, recommended age-appropriate influenza (flu) vaccine (IIV, RIV4, or LAIV4) that is otherwise appropriate.  People who have a history of severe egg allergy (those who have had any symptom other than hives after exposure to egg) should be vaccinated in a medical setting, supervised by a health care provider who is able to recognize and manage severe allergic reactions.