This is a picture of an influenza (flu) A virus. Influenza A viruses are classified by subtypes based on the properties of their hemagglutinin (H or HA) and neuraminidase (N or NA) surface proteins. There are 18 different HA subtypes and 11 different NA subtypes. Subtypes are named by combining the H and N numbers – e.g., A(H1N1), A(H3N2). Click on the image to enlarge the picture.

There are four types of influenza viruses: A, B, C and D. Human influenza A and B viruses cause seasonal epidemics of disease (known as flu season) almost every winter in the United States. Influenza A viruses are the only influenza viruses known to cause flu pandemics, i.e., global epidemics of flu disease. A pandemic can occur when a new and different influenza A virus emerges that both infects people and has the ability to spread efficiently among people. Influenza C virus infections generally cause mild illness and are not thought to cause human epidemics. Influenza D viruses primarily affect cattle and are not known to infect or cause illness in people.

Influenza A viruses are divided into subtypes based on two proteins on the surface of the virus: hemagglutinin (H) and neuraminidase (N). There are 18 different hemagglutinin subtypes and 11 different neuraminidase subtypes (H1 through H18 and N1 through N11, respectively). While more than 130 influenza A subtype combinations have been identified in nature, primarily from wild birds, there are potentially many more influenza A subtype combinations given the propensity for virus “reassortment.” Reassortment is a process by which influenza viruses swap gene segments. Reassortment can occur when two influenza viruses infect a host at the same time and swap genetic information. Current subtypes of influenza A viruses that routinely circulate in people include: A(H1N1) and A(H3N2). Influenza A subtypes can be further broken down into different genetic “clades” and “sub-clades.” See the “Influenza Viruses” graphic below for a visual depiction of these classifications. 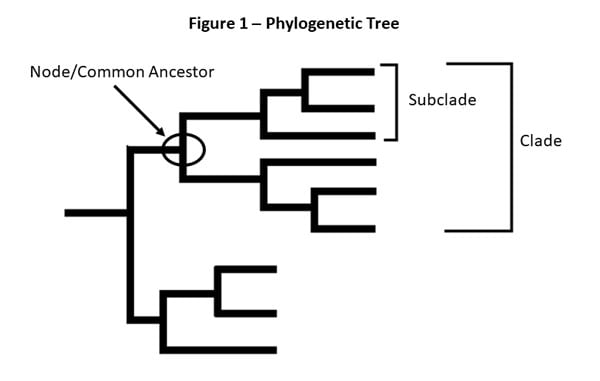 Note that clades and sub-clades that are genetically different from others are not necessarily antigenically different. This is best understood by first introducing the concepts of “antigens” and “antigenic properties.” As previously described, flu viruses have hemagglutinin (H) and neuraminidase (N) surface proteins. These proteins act as antigens. Antigens are molecular structures on the surface of viruses that are recognized by the immune system and can trigger an immune response (such as antibody production). The “antigenic properties” are a reflection of the antibody or immune response triggered by the antigens on a particular virus. When two flu viruses are antigenically different, this means that a host’s immune response (antibodies) elicited by infection or vaccination with one of the viruses will not as easily recognize and neutralize the other virus. Therefore, for antigenically different viruses, immunity developed against one of the viruses will not necessarily protect against the other virus as well.

Conversely, when two flu viruses are antigenically similar, a host’s immune response (antibodies) elicited by infection or vaccination with one of the viruses will recognize and neutralize the other virus, thereby protecting against the other virus.

Currently circulating influenza A(H1N1) viruses are related to the pandemic 2009 H1N1 virus that emerged in the spring of 2009 and caused a flu pandemic (CDC 2009 H1N1 Flu website). These viruses, scientifically called the “A(H1N1)pdm09 virus,” and more generally called “2009 H1N1,” have continued to circulate seasonally since then and have undergone genetic changes and changes to their antigenic properties (i.e., the properties of the virus that affect immunity). 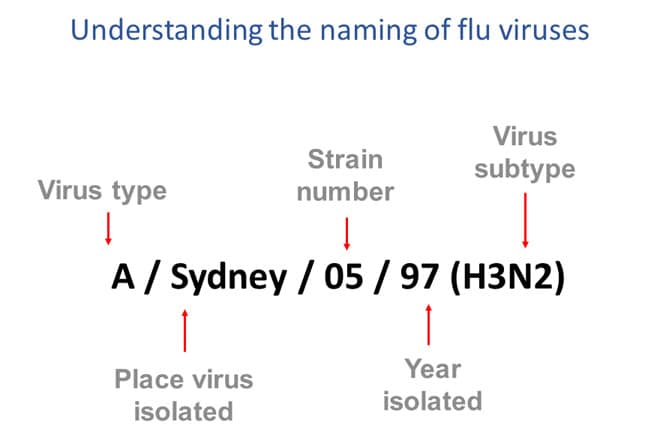 CDC follows an internationally accepted naming convention for influenza viruses. This convention was accepted by WHO in 1979 and published in February 1980 in the Bulletin of the World Health Organization, 58(4):585-591 (1980) (see A revision of the system of nomenclature for influenza viruses: a WHO Memorandum pdf icon[854 KB, 7 pages]external iconpdf iconexternal icon). The approach uses the following components: