South Africa has made considerable progress towards the UNAIDs goal of 90-90-90 by 2020 (90% of all people living with HIV will know their HIV status, 90% of all people with diagnosed HIV infection will receive sustained treatment, and 90% of all people receiving treatment will have viral load suppression), however, the country is not there yet. 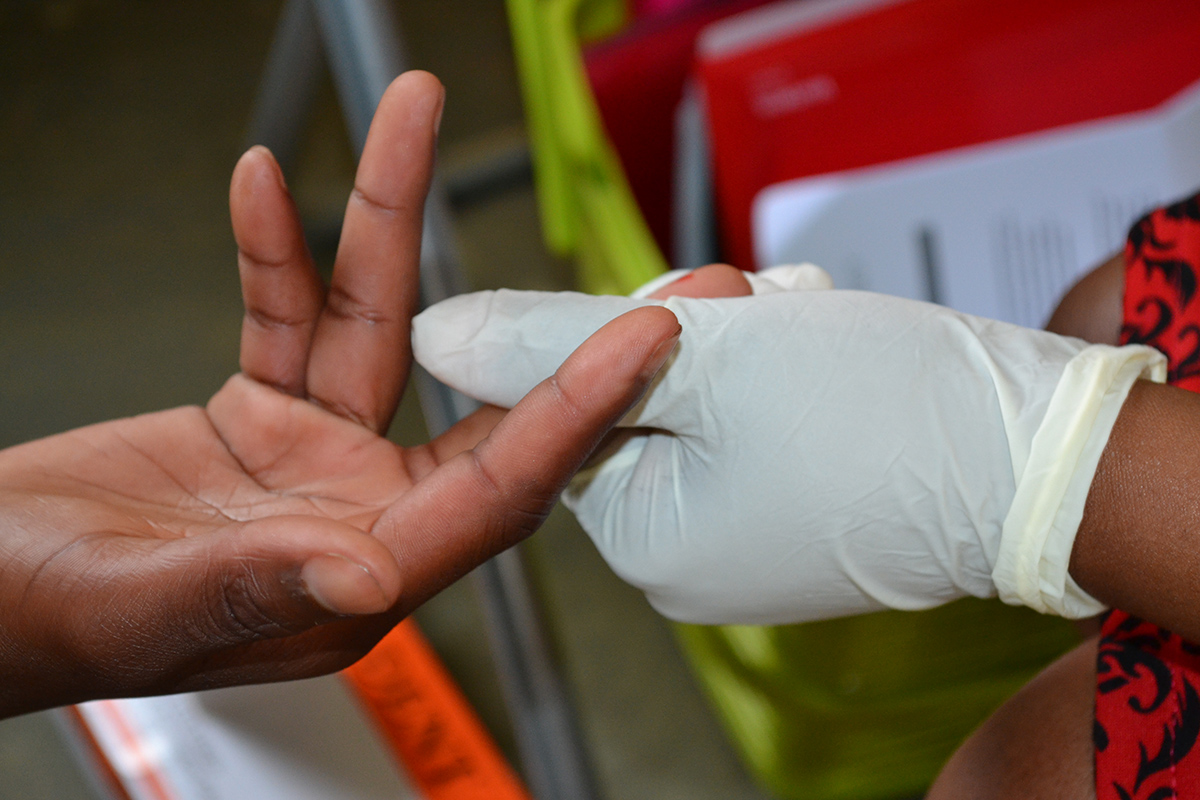 South Africa has the highest number of people living with HIV (PLHIV) in the world according to the 2017 findings of the South African National HIV Prevalence, Incidence, Behavior and Communication Survey (SABSSM). . Of the estimated 7.9 million people the survey estimates, 85% of people living with HIV aged 15 to 64 year olds have tested for HIV and know their status, 71% of this group are on antiretroviral treatment (ART), and 86% of the group on ART are virally suppressed.

Dr Edmore Marinda of the Research use and Impact Assessment (RIA) Unit in HSRC, one of Co-Principal Investigator (Co-PIs) of the survey said, “This shows that the country has made significant progress towards reaching the 90-90-90 targets.”

SABSSM is the fifth in the series of a population-based survey on HIV in South Africa. The latest survey, which was supported by the U.S. President’s Emergency Plan for AIDS Relief (PEPFAR) through the Center for Disease Control and Prevention in South Africa, was conducted between January and December 2017 by the Human Sciences Research Council (HSRC). The HSRC has a long history of undertaking population-based surveys on HIV, starting with the 2002 Nelson Mandela/HSRC survey on HIV/AIDS, followed by the 2005, 2008, 2012 surveys. Throughout these years, CDC has financially and technically supported these surveys said Prof. Ehimario Igumbor, Lead of Surveys, Surveillance and Operations Research at the CDC South Africa.

Igumbor explained, “The Fifth South African HIV Household Survey contributes to a well-established series of important population-level information on the HIV epidemic in South Africa. Our gauge of the impact of the country’s national response relies on information arising from the survey. CDC is delighted to be a technical partner in the conduct of this survey which illuminates our progress towards the 90-90-90 targets pursuant to attaining epidemic control”.

“Through CDC support, important modifications were made in the current survey, including improving the data management system to use electronic systems for data collection, increasing the number of survey participants so that precise information could be generated at district level, and ensuring that participants in the survey receive their HIV test results and are linked to HIV treatment and care services,” he said.

Interpreting the findings, Igumbor said, “We get very good viral suppression when people are on treatment. There is, unfortunately, a significant leak in getting people on treatment which builds off a critical leak in PLHIV knowing their status.”

This was echoed by Dr Sizulu Moyo of the HIV/AIDS, STIs and TB Research Programme in the HSRC Research Programme and one of the Co-PIs of the study who added that “more needs to be done to link those who test HIV positive to care as soon as they are tested, in line with the current policy of test and treat”.
The study also found that more men are medically circumcised, rising from 18.6% in 2012 to 30.8% in 2017. HSRC’s Deputy CEO of Research Professor Leickness Simbayi said, “Although this is encouraging, this finding highlights a need to continue promoting and creating demand for voluntary medical male circumcision with an immediate target among males in the 15-34 year old age group.”

Viral Load Suppression (VLS) prevalence among PLHIV in South Africa was the highest among older adults: 74.6% among HIV positive females aged 45 to 49 years and 76.4% among HIV positive males aged 50 years or older. In contrast, VLS prevalence was distinctly lower in younger adults: among PLHIV aged 15-24 years, females had the lowest VLS at 47.1% (males 49.1 percent), and among PLHIV aged 25-34 years, males had the lowest at 41.5%, while the VLS prevalence was at 68.5% among females of the same age group.

Condom use at last sex