Cervical cancer is one of the leading causes of cancer deaths in women worldwide. In 2012, more than 500,000 new cases were diagnosed and more than 250,000 women died from cervical cancer globally. 1External Eighty-five percent of these deaths occurred in low- and middle-income countries.1External

Screening with Pap tests has been hard to implement in lower-resource settings because of limited health infrastructure and a shortage of health professionals to perform and check Pap tests. The World Health Organization, together with CDC and other health organizations, released new cervical cancer screening guidelines3External that include screening methods other than Pap tests:

These tests have great promise for increasing coverage and allowing for treatment of precancers almost immediately in low-resource settings and hard-to-reach groups.

HPV tests allow women to wait longer between screening tests (as long as 5 years), since negative HPV test results predict a lower cervical cancer risk very accurately.4External HPV tests also provide an opportunity for women to collect samples of their own vaginal cells for testing, eliminating the need for an initial pelvic exam.5External Screening kits can be delivered to women through the postal mail or by community health workers,6Cdc-pdfExternal  7 which could further increase screening coverage.

Visual Inspection with Acetic Acid (VIA)

VIA involves staining the cervix with a 5% acetic acid (vinegar) solution. After 30 to 60 seconds, abnormal cervical tissue turns white. In addition to doctors, nurses and community health workers can also perform VIA tests. VIA also provides fast results, so women can be treated at the same visit, if needed.8Cdc-pdfExternal Although VIA is less accurate than Pap tests in finding cervical precancers,9External it has increased screening coverage in several low- and middle-income countries.8Cdc-pdfExternal 10External 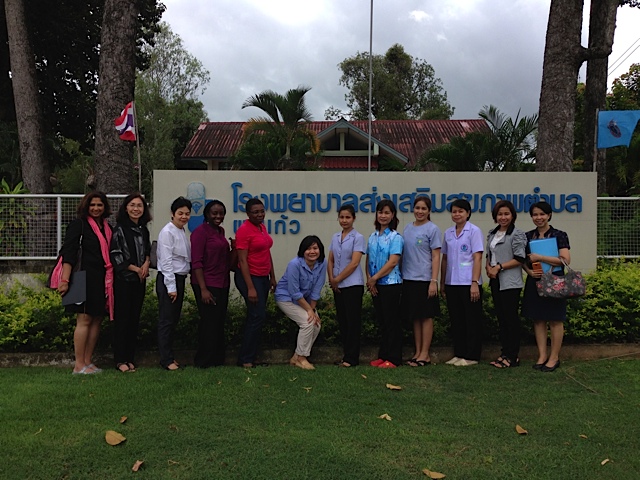 Since 2013, CDC has worked with the Thai Ministry of Public Health and the Thai National Cancer Institute (NCI) to study if HPV testing can increase cervical cancer screening coverage or its cost-effectiveness in the Ubon Ratchathani province in northeastern Thailand.

Thailand provides Pap testing every 5 years for women aged 30 to 60 years in all 76 provinces and screening by VIA every 5 years in hard-to-reach areas in 17 provinces. However, in 2010, about 30% of Thai women aged 30 to 60 had not been screened for cervical cancer in the previous 5 years. The Thai NCI identified the need for additional methods like HPV testing to increase cervical cancer screening coverage.

In the collaborative project in Ubon Ratchathani, HPV testing is now the first cervical cancer screening test, and liquid cytology (which is similar to Pap testing) is performed only on the few women (about 4%) who have HPV-positive results. “Some women don’t come to the health centers for Pap tests because they can’t pay for transportation costs or they are too busy; HPV tests are more accurate than Pap tests for cervical cancer screening, and they could also provide women with the opportunity for self-collection at home in the future,” explains Dr. Sulee Sangrajrang, assistant director of the Thai NCI.

HPV testing and VIA also can be used in lower-resource areas in the United States like the US Affiliated Pacific Island Jurisdictions (USAPIJ), which have few health professionals as well as geographic challenges accessing women on remote islands.11External

In 2013, 41 health and community experts met to discuss strategies that might improve the quality of cervical cancer screening in the USAPIJ; CDC worked with experts from the Office of Population Affairs (Title X), the American Congress of Obstetricians and Gynecologists Committee on Healthcare for Underserved Women, and the American Society for Colposcopy and Cervical Pathology to organize the meeting.12External  A key message from this meeting was that screening coverage could be improved by using additional methods, such as VIA and primary HPV testing. These methods would also allow for screening and treatment to take place in one or two visits with fewer resources than are needed by Pap testing. CDC continues to work with health professionals in the USAPIJ and with other health organizations in designing a demonstration project that will study the effectiveness of VIA or HPV testing in increasing cervical cancer coverage in the region.

“International collaboration allows us to share CDC’s 23 years of experience in implementing nationwide Pap test-based screening for low-income and rarely or never screened women in the United States,” says Mona Saraiya, MD, MPH, associate director of CDC’s Office of International Cancer Control. “It also enables us to learn from the experiences of other countries that are using VIA and/or HPV testing (including self-collection), which may be appropriate in certain geographically challenged areas and to reach women who are rarely or never screened in the US.”