CDC Kenya team supports development of EOCs expansion beyond Ministry of Health to the local level and across the country. Photo credit: Marlyne, Kenya

Weeks before the coronavirus pandemic reached Eastern Africa, members of the United States CDC in Kenya (CDC Kenya) began planning with Kenyan Public Health Emergency Operations Center (PHEOC) colleagues to determine what to do when the first case of COVID-19 was identified there.

Leading CDC Kenya’s work in this area was emergency coordinator, Daniel Wako, who has nearly two decades of experience in disaster response and emergency preparedness in the region, including ten years with CDC Kenya, and time spent working for Kenya Red Cross and a non-governmental organization in South Sudan.

“I had just come back from South Sudan, and I told our partners in the PHEOC that we need to come up with a document describing what we are going to do the moment someone says there is a confirmed case here in Kenya,” Wako explains, underscoring how the first announcement is critical for maintaining transparency and credibility with the public. 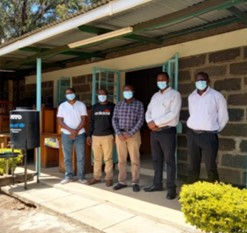 Everyone agreed that laying out the next steps was essential, and Wako adapted an existing checklist from a neighboring country and shared it with his colleagues in the PHEOC. “I told them— we need to fine-tune this in terms of how people will be contacted and what messaging will be going out,” he says.

This advance planning proved useful on March 13, 2020, when Kenya’s Ministry of Health (MOH) reported the first confirmed case of COVID-19 in the country and included parts of Wako’s checklist in their announcement. 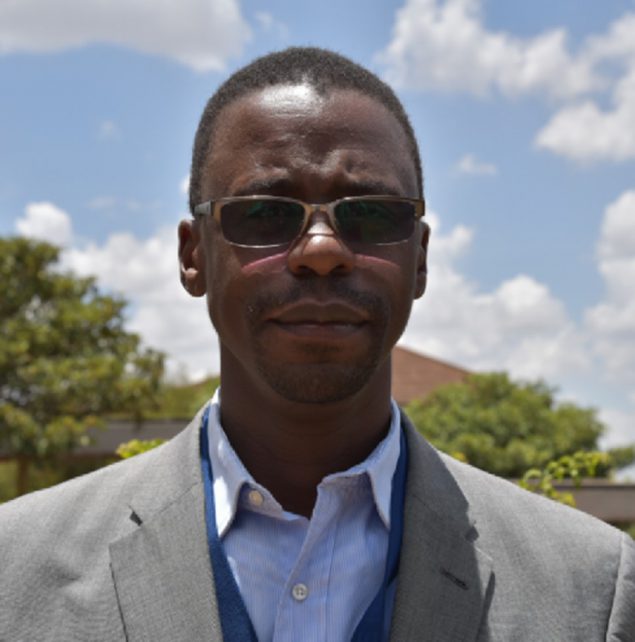 A Kenyan citizen had returned to Nairobi from the United States via London on March 5, 2020 and was confirmed to have COVID-19 by the Kenyan National Influenza Centre (NIC) laboratory.

“CDC Kenya played a critical role in establishing the NIC, including the procurement and installation of equipment and capacity building of staff to test for respiratory pathogens using RT-PCR and cell culture,” says Dr. Amy Herman-Roloff, Division of Global Health Protection Program Director for CDC Kenya.

The NIC achieved SARS-CoV-2, the virus that causes COVID-19, testing capacity in February 2020, and Kenya’s first cases were detected because of the CDC Kenya and NIC partnership.

Predicted case counts were high. Kenya’s capital, Nairobi, and other big cities like Mombasa and Eldoret, had international airports and were expected to be hit hard first. The PHEOC focused on coordinating prevention, surveillance, and response activities at these sites.

However, Wako and others working on the response anticipated that rural areas could soon be affected too and managing an outbreak like this in 47 politically distinct and de-centralized counties from a national PHEOC would not be effective. “We really felt that there was a need to start engaging the counties,” Wako says.

The CDC Kenya team introduced local health officials to the Incident Management System, an internationally recognized model for responding to emergencies. Engaging counties to install local Emergency Operations Centers (EOC) is an important but new concept, especially since previous disease outbreaks had been managed without them.

Wako recalls that some counties didn’t fully understand the need for local emergency management until local citizens got very sick from COVID-19. It also wasn’t easy to establish county EOCs in the middle of a pandemic. Additionally, some of the counties lacked the necessary phones, laptops, and other equipment to establish fully functional EOCs.

“We had limited resources and we had to make decisions in consultation with the MOH to maximize their impact to prevent, detect, and respond to the epidemic,” saysWako. “Then came the task to figure out how to set up these county EOCs and ensure they make a difference.”

CDC Kenya identified 17 key counties across the country that would help the national EOC coordinate the response activities. Nearly half of Kenya’s population (48%) lives in these counties, which is why they were selected. They also have an existing CDC presence and are at increased risk of COVID-19 spreading among the population. Each county was asked to form a team of at least five people who would launch their EOC and participate in a virtual orientation session. 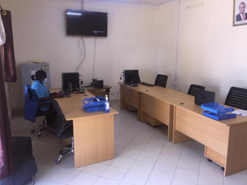 Wako explained the first prerequisite for CDC Kenya support was for the county government to provide a physical space for the EOC, something that can be difficult to come by. Once that was provided, CDC Kenya would provide approximately $12,000 to buy equipment and basic tools needed to launch and run the EOC for a year.

So far, CDC Kenya has helped to successfully establish EOCs in 10 of the 17 counties. Through CDC Kenya implementing partner Global Implementation Solutions (GIS), counties were equipped with both hardware and software to facilitate their operations. Using a virtual meeting platform to coordinate training sessions, CDC Kenya significantly reduced the training time and related expenses. Following the establishment of the EOCs, the counties began creating their own situation reports (SITREPS) which feed into the national COVID-19 reports. Wako described how these SITREPS are important for many reasons, including providing physicians with credible clinical and epidemiologic data needed to support the response.

Since their initial set-up, coordination within and across counties has improved significantly among the EOCs, and other counties are quickly seeing the value they bring to the COVID-19 response.

Herman-Roloff attributes the success of establishing the new EOCs to the strong relationship between the county governments, CDC Kenya, GIS, and hard-working technical leaders like Wako, who works well at all levels of government.

For more than 40 years, CDC Kenya has been addressing some of the toughest health problems East Africa has faced by helping the government prevent outbreaks or stopping them at their source. This was no different when the COVID-19 pandemic reached Africa.

The Ministry of Health, World Health Organization, and CDC Kenya are currently working together to help establish local Public Health EOCs in all the other counties in Kenya.

CDC Kenya looks forward to seeing all counties with their own EOCs managing public health emergencies at the county level and doing their part to prevent, detect, and respond to current and future health threats.