India: Staying Healthy at “The Biggest Gathering on Earth”

Pilgrims bathe in the river during the Ujjain Kumbh Mela.

Imagine a gathering larger than the upcoming Olympics in Rio. But instead of descending upon a city, millions of religious pilgrims build their own temporary metropolis of tents along the riverside, waiting their turn to take a dip in the holy waters behind the thousands of sadus, or holy men, who lead the procession to the riverbank before sunrise. Makeshift food stands abound, water and sanitation is rugged at best, and the constant crush of people is inescapable. It’s loud, colorful, chaotic, and – if you’re one of the lucky devotees – a transcendent experience.

Now imagine all of this unfolding over 4-6 weeks without any major public health incidents. That’s what happened at the last two Kumbh Mela religious festivals in India, thanks in part to a well-organized effort to train 2000+ participants in first aid, emergency response, outbreak investigation, disease surveillance, crowd management, and more, all in preparation for these types of mass gatherings. 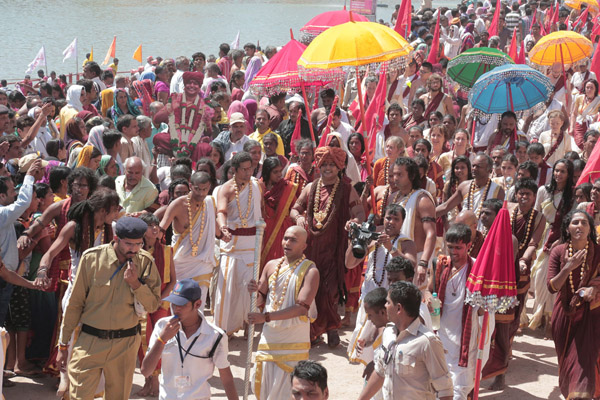 Billed as the “Biggest Gathering on Earth,” the Kumbh Mela is a Hindu pilgrimage that happens every twelfth year at each of four holy river-side cities: Haridwar, Allahabad, Nasik, and Ujjain. The exact date of each mela is determined according to the zodiac positions of Jupiter, the sun, and the moon. It’s estimated that as many as 50-60 million pilgrims pass through these gatherings, with anywhere from two to eight million people taking to the river to bathe on the most auspicious days.

This enormous influx of people can pose many challenges for local health officials, who are often already working with bare-bones infrastructure. Tragically, during the 2003 Kumbh Mela in Nasik, 39 pilgrims lost their lives in a stampede. As the time grew near for the festival to return to Nasik, organizers feared the potential for an even greater tragedy, like the stampede that killed thousands at the Hajj in 2015. To prevent potential crises at this year’s event, they reached out to CDC and India’s National Centre for Disease Control (NCDC), who worked together to create a series of workshops to teach the local workforce how to safely manage the masses. 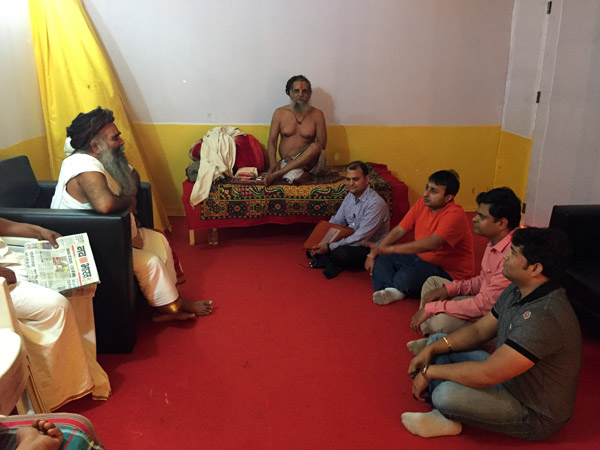 Covering everything from crisis management to mass casualty scenarios and basic first aid, CDC and NCDC trained 750 people, who, in turn, trained thousands more. The Massachusetts Institute of Technology and partners joined the effort, sharing a custom Kumbh Mela mobile phone app to help pilgrims instantly report problems to event organizers. Dr. Pradeep Barde of the MVP Medical College in Nasik even enlisted the sadus as a powerful communication channel to help keep the faithful safe.

The collaboration was ultimately a success: there were no major public health incidents, no outbreaks of foodborne illness, and not a single death during the entire mela. Prevention efforts made in advance proved effective.

The Nasik Kumbh Mela was such a success that officials in Ujjain requested similar training for their 2016 Kumbh Mela. Building on the previous training structure, partners helped train more than 1200 people and establish the first field emergency operations center (EOC) specifically for a mela site. Led by a cohort of 11 Indian Epidemic Intelligence Service officers, the Ujjain EOC helped share real-time information from daily disease surveillance and from the coordinated work of partner agencies. The EOC coordinated responses to three foodborne illness outbreaks and one heavy rainstorm and managed all these with no serious illness or death. 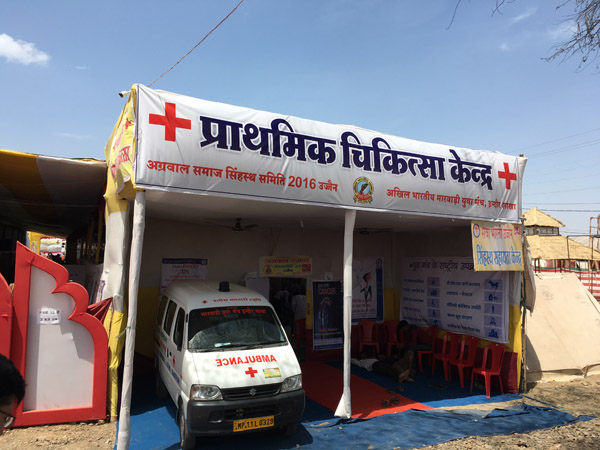 The next Kumbh Mela will take place in 2021 at Haridwar, and there’s no doubt that organizers will build on the successes in Nasik and Ujjain. In the meantime, CDC will continue to work with local partners on mass gatherings and on emergency training, ultimately building a highly trained workforce that’s ready to step up when an emergency arises.

This story illustrates India’s commitment to implementing the Global Health Security Agendaexternal icon (GHSA), which aims to improve the world’s ability to prevent, detect, and respond to infectious disease threats.

The work in this story would not be possible without partnership and close collaboration between CDC-India, India’s National Centre for Disease Control, RD Gardi Medical College, the District Health Administration, All India Institute of Medical Sciences, PGI Chandigarh, Emory University, the Indian Council of Medical Research’s National Institute of Epidemiology, and a multi-sector team of local, state, and national officials.

India’s investments will help them meet specific targets of the GHSA:

The GHSA aims to improve the world’s ability to prevent, detect, and respond to infectious disease threats. Today, CDC is partnering with 31 countries around the world to reach the goals of the GHSA.